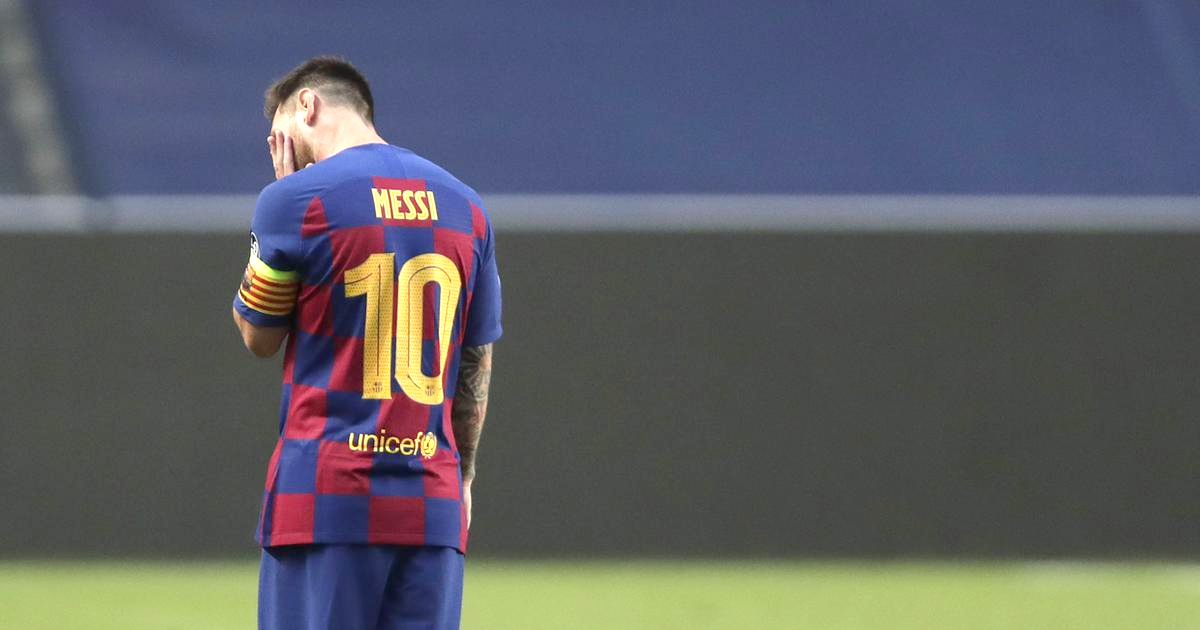 BARCELONA, August 30: Lionel Messi missed a coronavirus test at Barcelona’s training ground on Sunday morning, club sources have confirmed to AFP, raising the possibility he will now boycott pre-season to force a transfer. Without passing a coronavirus test, Messi will be unable to join team-mates for new coach Ronald Koeman’s first training session on Monday, with the start of the La Liga season less than two weeks away. Messi was due to report for testing at 10:15am on Sunday but according to sources at Barca, he failed to show up at the Ciutat Esportiva.
The club’s captain and greatest ever player could now be punished with a fine and even a reduction in salary if the strike continues.
Luis Suarez — his best friend and strike partner — and Arturo Vidal were among players seen arriving for tests, despite both being told they should find new teams as part of a planned clear-out this summer.
The meet-up was a chance for Messi to make his first public appearance since the burofax stating his intention to leave arrived in the offices of Camp Nou on Tuesday.
Instead, his absence offers a clear indication of his determination to secure a move and how ugly this dispute could now become.
Taking part in the team’s pre-season programme could damage his legal case if his departure ends up being settled in court.
Barcelona insist a clause included in Messi’s contract that allowed him to go for free this summer had to be activated by June 10 and is therefore no longer valid.
The only way the 33-year-old will be allowed to depart, the club argue, is through his release clause, set at 700 million euros ($833 million) until his contract expires on June 30, 2021.
But Messi’s side believe the clause refers not to a specific date but to 10 days after the end of the season, which this year was extended into August due to the pandemic, with the Champions League final only played last weekend.
Supporters still hoping
His absence suggests he is prepared to do whatever it takes to quit the club he joined as 13-year-old boy, and where most expected him to continue all the way through to retirement.
Supporters, some of whom rushed in Camp Nou in protest last week, remain hopeful Messi might still be persuaded.
Outside the training ground on Sunday morning, a young boy wearing a Messi shirt sat with his head in his hands, hoping his hero could yet return.
Mundo Deportivo, the Barcelona daily with close links to the board, reported on Saturday that the club is defiant, even if every stance now could be a negotiating ploy.
“The more the days go by, the firmer the board and president Josep Maria Bartomeu are in not moving from their position,” it read. “Which is not to sell and, if possible, to renew the contract of Messi.”
Bartomeu made it known through the Spanish press on Thursday that he would resign if Messi said publicly that he was the problem and agreed to change his mind.
But Messi has remained steadfast. His snub on Sunday comes after he asked for a meeting, not to negotiate, but to begin facilitating an amicable and dignified departure.
“Messi’s decision to leave Barca irreversible,” read Diario Sport on Saturday.
Manchester City remain favourites to sign the 33-year-old, whose basic annual salary alone amounts to around 60 million euros.
If Barcelona and Messi decide to avoid a lengthy legal process, a compromise selling price of around 100 million euros could be within reach for Abu Dhabi-owned City, while eliminating their less wealthy rivals.
Messi has reportedly spoken to City coach Pep Guardiola already but others remain in the running, including Paris Saint-Germain, Inter Milan and Juventus.
The Italian sides would likely require a much-reduced price to afford any deal. Juve might view the chance to combine Messi and Cristiano Ronaldo as an historic sporting and commercial opportunity too good to pass up. (AFP)