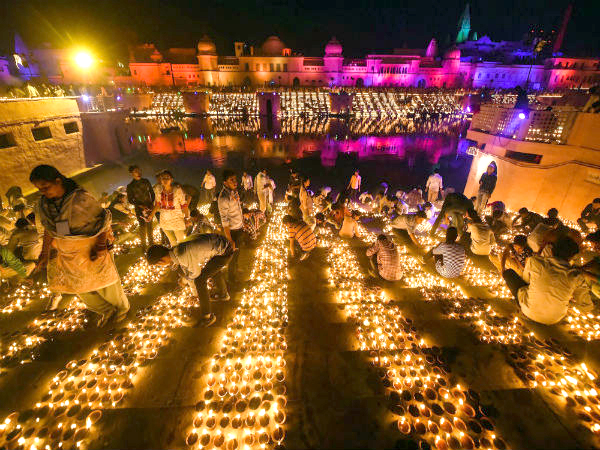 NEW DELHI, November 13: On Diwali eve, Prime Minister Narendra Modi on Friday appealed to the people to light a ‘diya’ as a “salute to soldiers”, saying words cannot do justice to the sense of gratitude for their exemplary courage.
“This Diwali, let us also light a Diya as a #Salute2Soldiers who fearlessly protect our nation. Words can’t do justice to the sense of gratitude we have for our soldiers for their exemplary courage. We are also grateful to the families of those on the borders,” he tweeted.
The prime minister also posted an audio clip of his recent ‘Mann Ki Baat’ broadcast in which he had first given a call to citizens to light a ‘diya’ for soldiers in Diwali.
He had urged people to light a ‘diya’ (lamp) while they celebrate the festival to honour security forces guarding the country’s borders.
After Modi’s appeal, the BJP urged people to post a photo with ‘diyas’ for soldiers on social media.
“This Diwali, PM Narendra Modi has launched this special campaign to let us express our gratitude for our bravest of the brave soldiers. Request you to post a photo with diyas for our soldiers using #Salute2Soldiers on social media,” the party said. (PTI)