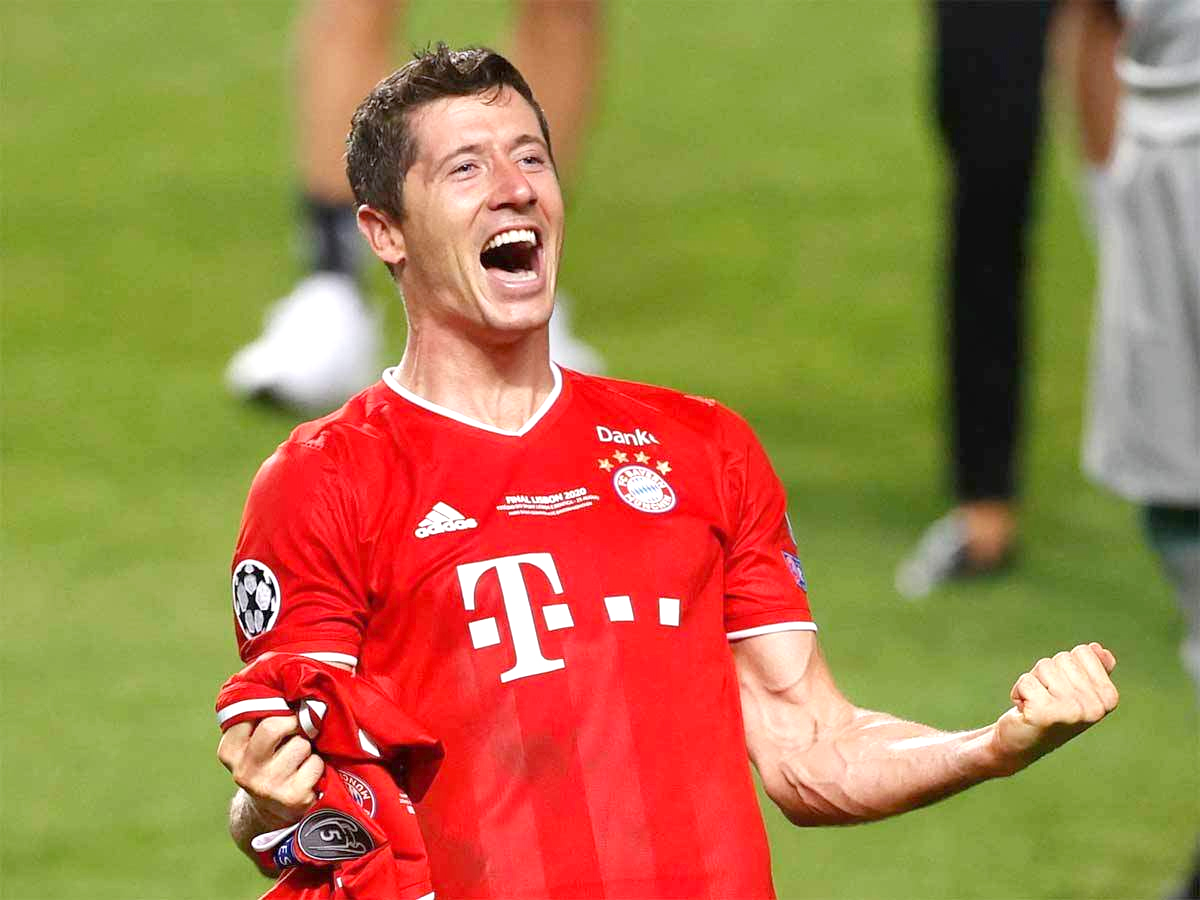 FRANKFURT AM MAIN, August 30: Bayern Munich striker Robert Lewandowski was voted Germany’s Footballer of the Year on Sunday.
The 31-year-old Pole was the runaway winner of the title awarded by the football magazine Kicker, following a vote by journalists.
Lewandowski received 276 votes, well ahead of two other members of Bayern’s triple-winning squad: Thomas Muller (54 votes) and Joshua Kimmich (49).
“I’m very proud,” Lewandowski told Kicker. “Expectations are getting higher and higher and every year I try to surpass them.
The striker amassed 55 goals for Bayern, finishing top scorer in every club competition in which he played. He hit 34 in the Bundesliga, 15 in the
Champions League and six in the German Cup, as Bayern won all three.
He is a favourite for the world Player of the Year prize. FIFA has said it wants to make the award despite the new coronavirus pandemic, but a date has not yet been set.
“I can’t think of any other player who is more deserving than him to be named FIFA World Player of the Year,” said Bayern coach Hansi Flick, who was named best German coach ahead of last year’s winner, Liverpool coach Jurgen Klopp.
Dane Pernille Harder of Wolfsburg won the women’s award. (AFP)