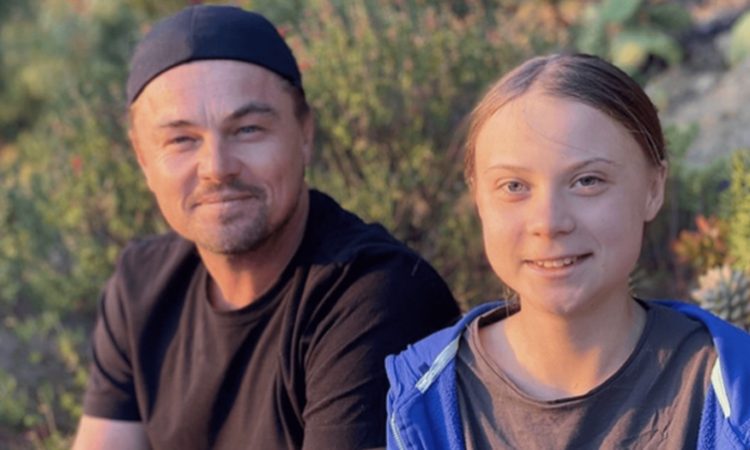 Leonardo DiCaprio praised teenage climate change activist Greta Thunberg as a “leader of our time” following their first meeting.
DiCaprio, one of Hollywood’s leading stars and a prominent environmental campaigner, said 16-year-old Thunberg’s message should be a “wake-up call to world leaders everywhere that the time for inaction is over”.
The Academy Award-winner shared a picture of him and the Swedish student on Instagram, writing: “There are few times in human history where voices are amplified at such pivotal moments and in such transformational ways -but @GretaThunberg has become a leader of our time.
“History will judge us for what we do today to help guarantee that future generations can enjoy the same livable planet that we have so clearly taken for granted.
“I hope that Greta’s message is a wake-up call to world leaders everywhere that the time for inaction is over.”
DiCaprio, 44, who most recently starred in Quentin Tarantino’s Once Upon A Time… In Hollywood, said he is “optimistic about what the future holds” thanks to Thunberg and young activists like her.
“It was an honour to spend time with Greta,” he added.
“She and I have made a commitment to support one another, in hopes of securing a brighter future for our planet.”
DiCaprio is a vocal climate change campaigner and highlighted the issue during his acceptance speech at the 88th Academy Awards in 2016.
He said: “Climate change is real, it is happening right now. It is the most urgent threat facing our entire species, and we need to work collectively together and stop procrastinating.”
In light of his environmental work DiCaprio, star of films including Titanic, The Revenant and The Wolf Of Wall Street, has been criticised for his use of private jets.
Thunberg’s activism has sparked a global strike movement that has seen millions of youngsters from across the world protest by refusing to go to school.