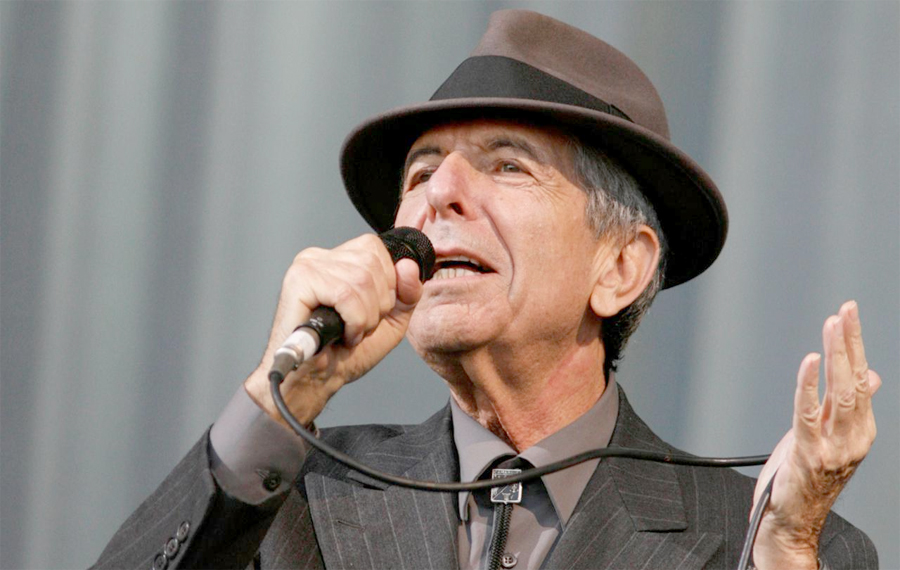 Representatives of the late Leonard Cohen’s estate and publishing company have both issued statements saying they declined requests for his song Hallelujah to be used at the Republican National Convention ~ even though it was played twice following the conclusion of Donald Trump’s speech Thursday night.
The Estate’s Attorney made a threat of legal action as part of her statement.
Said Michelle L Rice, the Cohen Estate’s lawyer: “We are surprised and dismayed that the RNC would proceed knowing that the Cohen Estate had specifically declined the RNC’s use request, and their rather brazen attempt to politicize and exploit in such an egregious manner Hallelujah, one of the most important songs in the Cohen song catalogue. We are exploring our legal options.”
Rice got an extra jab in that Cohen fans will enjoy. “Had the RNC requested another song, You Want it Darker, for which Leonard won a posthumous Grammy in 2017, we might have considered approval of that song.”
Cohen’s publishing company, Sony/ATV Music Publishing, said it too had been approached and then, apparently, subsequently ignored after saying no.
Confirmed Brian J Monaco, Sony/ATV’s president and global chief marketing officer: “On the eve of the finale of the Convention, representatives from the Republican National Committee contacted us regarding obtaining permission for a live performance of Leonard Cohen’s Hallelujah. We declined their request.”
The singer of the first version of Hallelujah that was heard, Tori Kelly, quickly took to Twitter after the conclusion of the telecast to assure upset fans that she had nothing to do with the usage of her recording ~ and, unlike the Estate and publisher, she was apparently never approached about it.
“Seeing messages about my version of Hallelujah,” Kelly tweeted. “All I know is neither myself nor my team received a request.” (Kelly subsequently deleted her tweet, perhaps feeling heat from some Trump-supporting Twitter users unhappy that she was disavowing prior knowledge of the usage.)
Many Cohen fans were displeased when they heard Kelly’s recording of the song playing during the fireworks that capped Trump’s address ~ sandwiched right between She’s a Grand Old Flag and Lee Greenwood’s God Bless the USA as pyrotechnics spelled out “TRUMP” and “2020” over the Washington mall.
Said fans were even less enthused when Hallelujah was quickly reprised, at greater volume, in a live, operatic rendition by Christopher Macchio, adjacent to Ave Maria, perhaps in the belief that Cohen’s song, too, is a religious one.
As the existence of a campaign event at the White House would itself indicate, with some claiming it violated the Hatch Act, the Trump campaign has not been one to stand on ceremony. Previous entreaties from musicians to stop using their music have been ignored, so perhaps the only surprise is that the campaign even asked. Neil Young recently became the first musician to file a lawsuit against the campaign after his requests to not have his music used by Trump fell on deaf ears. The Rolling Stones recently teamed up with ASCAP and BMI to publicly remind the campaign that it needs a specific political license, not just a venue license, to use their songs.
In contrast to the Democrats’ music-filled convention the previous week, there was almost no contemporary music of any sort played at the Republican convention before the twin Hallelujah airings Thursday night, which had led some observers to believe that perhaps the Trump campaign was taking more seriously musicians’ widespread objections. However, Elton John’s I’m Still Standing had been played earlier Thursday as walk-on music for Ivanka Trump, despite John’s previously stated dismay at Trump campaign usage.
The only non-operatic performer to appear during the GOP convention was country singer Trace Adkins, who sang The Star Spangled Banner live on Wednesday following Vice President Mike Pence’s speech.