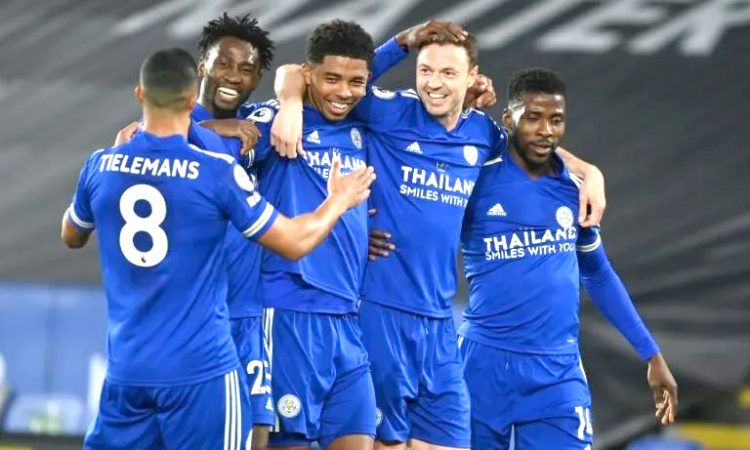 LEICESTER, April 23: Leicester blitzed West Bromwich Albion 3-0 on Thursday to strengthen their grip on a Premier League top-four place and snuff out the Baggies’ revival.

Brendan Rodgers’ men were wobbling after losing their previous two top-flight matches but produced a dazzling attacking display against the insipid visitors at the King Power Stadium.
First-half goals from Jamie Vardy, Jonny Evans and Kelechi Iheanacho gave West Brom a mountain to climb and Leicester kept a firm grip on the match after the break.
Third-placed Leicester, whose implosion at the end of last season cost them a Champions League place, now have a valuable four-point lead over Chelsea and West Ham, with just six games to go.
James Maddison made his first start since February as the FA Cup finalists took a firm grip of the match and they could easily have scored six goals in a one-sided opening 45 minutes.
Sam Allardyce’s West Brom had beaten Chelsea and Southampton to give them hope of a dramatic escape from the relegation zone but they remain in 19th spot, nine points from safety, and look doomed.
Vardy ended his two-month goal drought when he swept in Timothy Castagne’s pass after the pair had broken clear, putting the Foxes in front midway through the first half.
It was Vardy’s first goal in 12 appearances for Leicester in all competitions, ending his longest run without a goal for the club since 2016.
Defender Evans doubled the home side’s lead against his former club in the 26th minute when he headed in Youri Tielemans’ corner.
Iheanacho continued his fine form, making it 3-0 when he collected Vardy’s pass and fired past Sam Johnstone.
It could have been even worse for the Baggies. A heavy touch from Iheanacho cost him when he was through one on one with Johnstone and he later fired over from close range while Castagne hit a post.
Leicester maintained their grip on the game in the second half but lacked their earlier sharpness in attacking areas.

West Brom were a sporadic threat as the game wore on but never seriously threatened a comeback as Leicester celebrated a vital three points. (AFP)