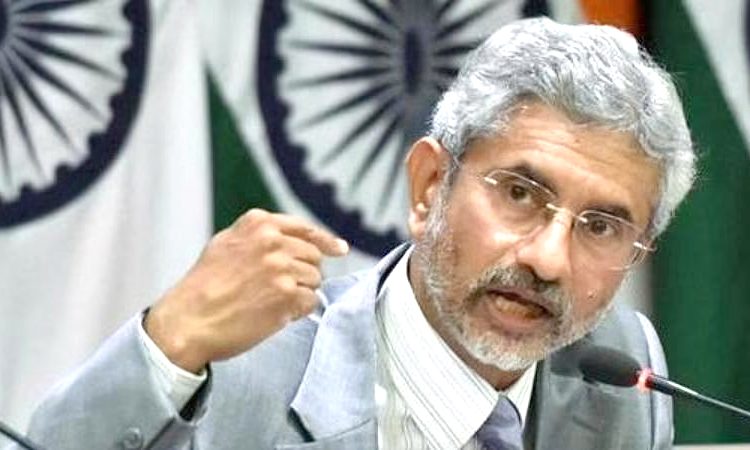 New Delhi, August 3: Legitimacy cannot be derived from mass violence, brutal intimidation or covert agendas in the 21st century, External Affairs Minister S Jaishankar said on Tuesday in an oblique reference to the widespread violence perpetrated by the Taliban in Afghanistan.

In an address at an online event, he also underlined the need for a “clear, coordinated and undifferentiated” response to terrorism, saying its “nursery” lies in conflict-ridden spaces.
Jaishankar said structural inertia, competitive gridlocks, uneven resourcing and skewed navigation have disadvantaged the multilateral institutions, resulting in certain “gaps”.
“Terrorism thrives in some of these gaps. Its nursery lies in conflict-ridden spaces made fertile for radicalisation by malign players including states,” he said.
“The transition in Afghanistan that we are seeing today and the warfare that has yet again been forced upon its people has sharpened this challenge. Left unattended, its edge will be deeply felt; not just in Afghanistan’s neighbourhood but well beyond,” he said.
Jaishankar said all stakeholders need to focus on dealing with the challenges.
“In the 21st century, legitimacy cannot be derived from mass violence, brutal intimidation or covert agendas. Representation, inclusion, peace and stability are inextricably linked,” he said.
The Taliban has been making rapid advances across Afghanistan by resorting to widespread violence since the US began withdrawing its troops on May 1. The US has already pulled back the majority of its forces and is looking to complete the drawdown by August 31.
India has been a major stakeholder in the peace and stability of Afghanistan. It has already invested nearly USD 3 billion in aid and reconstruction activities in the country.
India has been supporting a national peace and reconciliation process which is Afghan-led, Afghan-owned and Afghan-controlled.

It has also been calling upon all sections of the political spectrum in Afghanistan to work together to meet the aspirations of all people in that country including those from the minority community for a prosperous and safe future. (PTI)