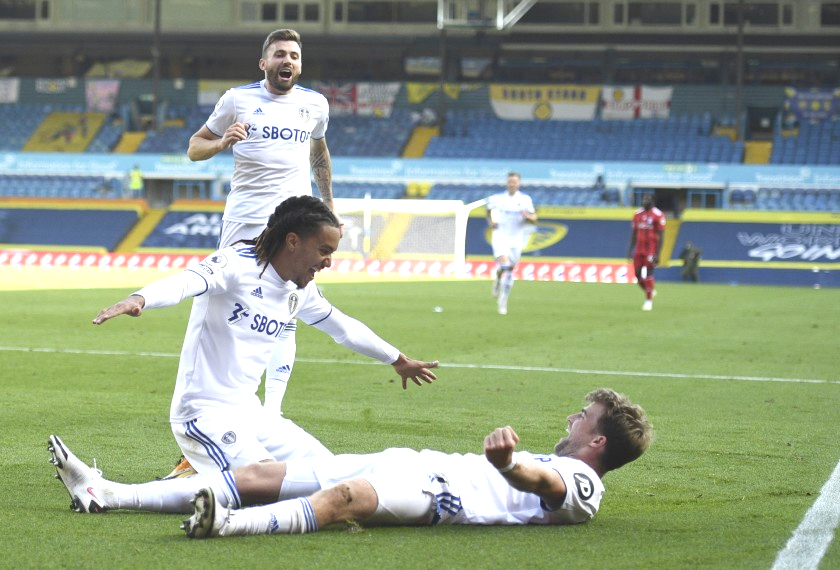 Leeds, September 19: This time, Leeds was on the right end of a 4-3 thriller in the Premier League. A week after losing at champion Liverpool by the same score line on the opening day of the season, Leeds was involved in another wild contest in its first home game back in the division and came out on top against fellow promoted team Fulham.
Helder Costa scored in each half for Leeds, the second goal proving to be the winner at an empty Elland Road for Marcelo Bielsa’s attack-minded side.
Fulham, which had two goals from striker Aleksandar Mitrovic, has now lost back-to-back games to open the season, having already been beaten 3-0 by Arsenal.
Between them, Leeds and Fulham have conceded 14 goals in four games so far. West Bromwich Albion, the other side promoted from the second-tier Championship for this season, has conceded eight.
Costa gave Leeds a fifth-minute lead by slamming a shot in off the bar from an acute angle after Fulham midfielder Harrison Reed inadvertently flicked on a corner by the hosts.
Penalties have been a feature of the first two rounds of the league and there were two in six minutes here.
In the 35th, Mitrovic converted a spot kick after Robin Koch tripped Joe Bryan, despite trying to pull out of his attempted tackle. Koch also gave away a penalty at Anfield last weekend.
Mateusz Klich replied with one of his own for Leeds in the 41st after Bryan pushed Patrick Bamford in the back.
Bamford then scored for the second straight match by stroking home a finish following a pass from Klich, before providing the cross that Costa swept in in the 57th for 4-1.
Fulham fought back through goals by Bobby Reid in the 62nd — four minutes after coming on as a substitute — and Mitrovic in the 67th but Leeds held on. (AP)