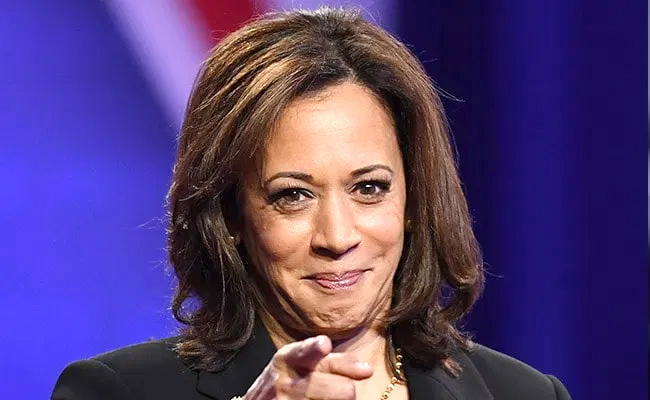 Washington, August 31: Indian-origin Senator Kamala Harris, the Democratic Party’s vice-presidential candidate, has urged South Asian women to run for office and take up a leadership role in their communities.
Democratic presidential nominee Joe Biden and his running mate Harris are challenging Republican incumbents President Donald Trump and Vice President Mike Pence in the November 3 US election.
“To all the young women who are watching this, I want you to know that leadership begins the day you are born. You are never too young or too old to be a leader,” said Harris, 55, at an event on Saturday.
Harris has scripted history in US politics after she became the first Indian-American and Black woman to get a major party’s vice-presidential nomination.
“So get involved in your community, run for office. Whatever you do, it matters, so just lead,” said the senator from California, in an audio message to the virtual event ‘South Asian Women in Leadership: Ushering a New Wave of Diversity in the Biden-Harris Era’ which was organised by South Asians for Biden.
The event was co-hosted by the American Impact Fund and the Indians for Biden National Council.
Panelists at the event included Dr Sadaf Jaffer, the first Muslim woman to serve as a mayor in the US, Kesha Ram, the youngest Indian-American woman to be elected to statewide office and Dr Nina Ahmad, candidate for Pennsylvania Auditor General. Ahmed is vying to be the first woman of colour to hold statewide office.
Harbir Bhatia, who is running to be the first Sikh American woman in the Santa Clara City Council in California, also participated in the event.
Harris described each of the panelists as “incredible trailblazing women who are ready to usher a new wave of leadership.”
The session was moderated by Mini Timmaraju, board member of Indian American Impact Fund.
As you know, my mother Shyamala Harris came (here) from India at age 19 to pursue her dream of curing cancer. She dedicated her life to fighting for the promise of America, just like Joe Biden has, the Indian-origin senator said.
Harris said Biden’s tenure will reflect America’s strength in its diversity.
Joe has been proud to stand with the Asian American and Pacific Islander community, and is committed to making sure that the Biden Harris administration reflects the diversity of America. As Joe Biden has said ‘we are stronger because of our diversity and not in spite of it’, Harris said.
“South Asians for Biden is truly honoured to have Senator Kamala Harris provide remarks at our South Asian Women in Leadership event,” said Neha Dewan, National Director of South Asians for Biden.
“Senator Harris has been trailblazer throughout her time in public office, and her selection as the Democratic nominee for vice president has particular significance to both South Asian and Black women, who will be inspired to seek public office in unprecedented numbers in the future,” Dewan said. (PTI)