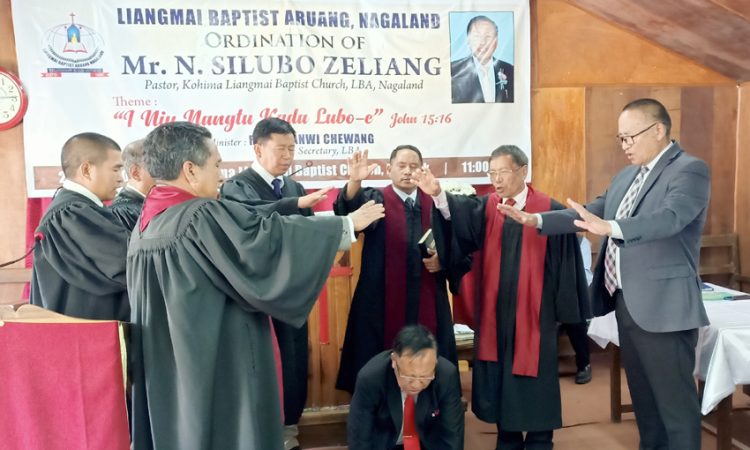 Dimapur, February 21: Liangmai Baptist Association Nagaland held an Ordination programme of N Silubo Zeliang, Pastor Kohima Liangmai Baptist Church on February 21 at the KLBC premises. The ordination programme was ministered by Rev, Kitanwi Chawang, Executive Secretary LBA.
Rev Kitanwi Chawang in his message stated that the true character of Christian ministry is involve a servant heart towards others.
Executive Secretary LBA Kitanwi exhorted and encouraged the pastor to go forward in his ministry in the power of the Holy Spirit and to exercise his gift expanding the ministry of God’s Kingdom.
Pastor N Silubo also served as LBA President for consecutive two terms and render his valuable service and during his tenure LBA could host NBCC general session in the year 2020.
NBCC General Secretary, Rev Dr Zelhou Keyho who was also present in the Ordination programme expressed his happiness to the LBA for expanding their ministry and encouraged the gathering to uphold their prayer support to the workers. All the church pastor under Liangmai Bsptist Association were present in the Ordination programne. (Page News Service) 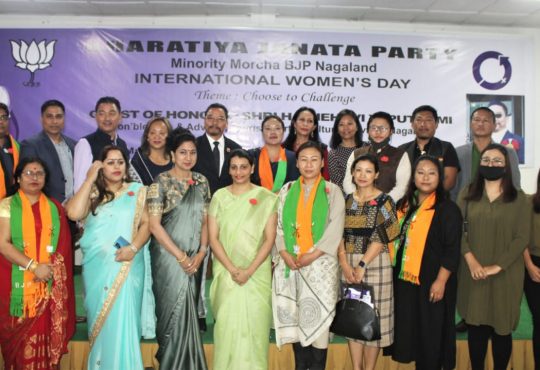