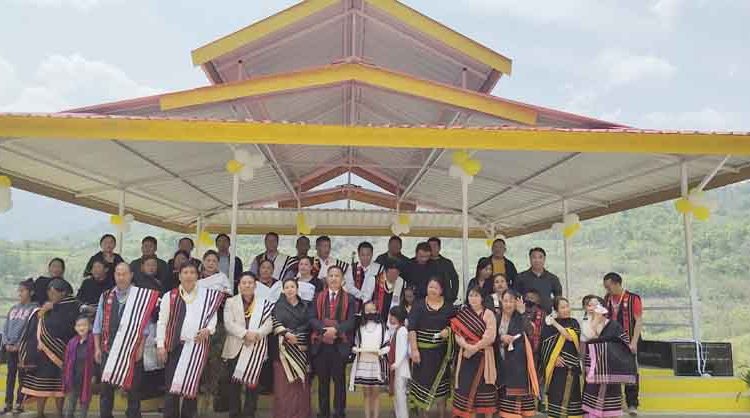 Kohima, April 18: In an effort to give back to the society, Latakhrü Whemi, an age-group of Viswema village in Kohima district, has constructed the Latakhrü Park at Krayo.

Located at the tri-junction connecting Viswema, Kidima and Khuzama, the Park was formally inaugurated by Angami Baptist Church Council (ABCC) Mission Director, Rev Atha Neikha on April 17. The land was donated by Medongonü Kin, wife of Late Puzon Kin, and their children while the Park was constructed by Latakhrü Whemi.
In his address, Rev Neikha lauded the initiatives of Latakhrü Whemi in constructing the park which would provide shed to travellers and also the farmers.
Latakhrü group has shown exemplary deed by placing society’s benefit above their personal interest, he said. This good gesture will reflect not only Latakhrü’s image but also R Khel and Viswema village as a whole, he sadded.
The Reverend hoped that travellers and farmers would make proper use of the park and also maintain cleanliness.
Member of Latakhrü Whemi, Vitsorel Lcho said the group was formed in 1984 with 12 male and female members each. He said the park was constructed with the vision to serve the public. (Page News Service)