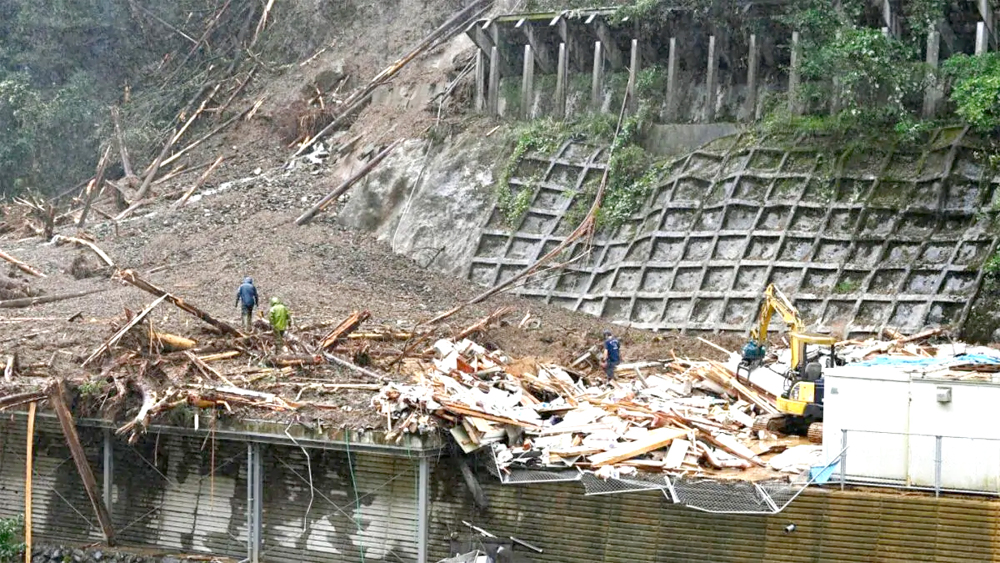 Kathmandu, September 13: Nine people were killed and 22 others missing after a massive landslide triggered by overnight rainfall swept through three remote villages in central Nepal, a senior government official said on Sunday.
The incident took place at around 2:30 am on Sunday when a huge mound of earth falling from the upper belt jolted Nagpuje, Bhirkharka and Newar Tole villages amid incessant rainfall in Sindhupalchowk district, about 120 km east of Kathmandu city. The villagers were in deep sleep when the incident occurred, MyRepublica reported.
Seven bodies were retrieved from the incident site and two more bodies were recovered from Bhotekoshi and Sunkoshi rivers, said Rajan Adhikari, chief of the District Police Office, Sindhupalchowk.
All the victims have been identified, he said, adding that three each of them were from Nagpuje, Bhirkharka and Newar Tole villages.
Twenty-two locals are still missing in the incident that occurred in the Ghumthang area of Bahrabise municipality, Adhikari said.
Though the exact details of the losses caused by the landslides are yet to be known, as per preliminary estimate, 11 houses in the three villages have been washed away, he said.
A joint team of Nepal Army, Nepal Police, and the Armed Police Force has been deployed to conduct the rescue operations.
Landslides are common in mountainous Nepal during the monsoon season that usually ends in September. According to government data, monsoon-related deaths this year have reached 351 with 85 missing. (PTI)