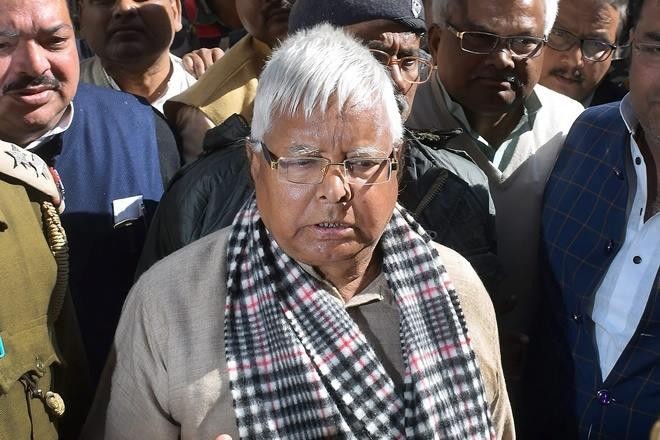 Patna, December 28: RJD national president Lalu Prasad on Saturday made a fresh pitch for caste-based census, demanding that the National Population Register forms, which have “numerous columns”, incorporate “one more” pertaining to the respondents’ castes.
Prasad also launched a veiled attack on the BJP, which is in power at the Centre, though not naming the party, asking whether OBCs and EBCs were “not Hindus” that there has been a reluctance to compile fresh data of their population.
“Billions would be splurged on the so-called NPR, NRC and the Indian Census of 2021. Have learnt that NPR forms have numerous columns. Then, why is there a problem in adding one more column for caste,” the septuagenarian, who is in Ranchi serving sentences in fodder scam cases, tweeted.
Prasad was echoing the criticism of NPR forms seeking details like parents’ places of birth, mobile numbers and driving license numbers, by parties like the Congress an RJD ally which have expressed apprehensions of misuse of data and violation of individuals’ right to privacy.
The RJD has been a strong votary of a caste-based census, which could give a fresh idea of the respective population of various social segments. The demand grew stronger in the wake of the Narendra Modi government’s decision to give 10 per cent reservations to other economically weaker sections of society.
The party has since been pressing for a re-allocation of quotas to castes in proportion to their population, asserting that the 50 per cent cap put on reservations by the Supreme Court has been “breached” by the move.
The RJD supremo, who has been a staunch opponent of the Sangh Parivar, also tossed a taunt at the BJP as he remarked in the same tweet, “The countless backward classes and extremely backward classes comprise 60 per cent of the population and are segregated among 5,000 castes. Are they not Hindus that you do not wish them to be counted?”
The BJP reacted with indignation, accusing the former Bihar chief minister of having jettisoned the politics of social justice, while Prime Minister Narendra Modi completed the “historic task” of according constitutional status to the OBC Commission.
“Respected Lalu Prasad ji. You might be able to recall the debate in Parliament on caste census that took place in 2011 when the UPA of which you were a part was in power.
If not, please fetch the transcripts and read these afresh.
“You will have a clear idea of what our leaders think about the issue. The 2021 census is being conducted in an extensive and comprehensive manner. Please do support this exercise instead of rumour mongering and scare mongering,” Bihar BJP spokesman Nikhil Anand wrote on Twitter.
“For us, each and every resident of this country including OBCs and EBCs are Hindus. You pursued caste politics to build your vote bank but in the process gave up the fight for social justice…,” Anand added. (PTI)