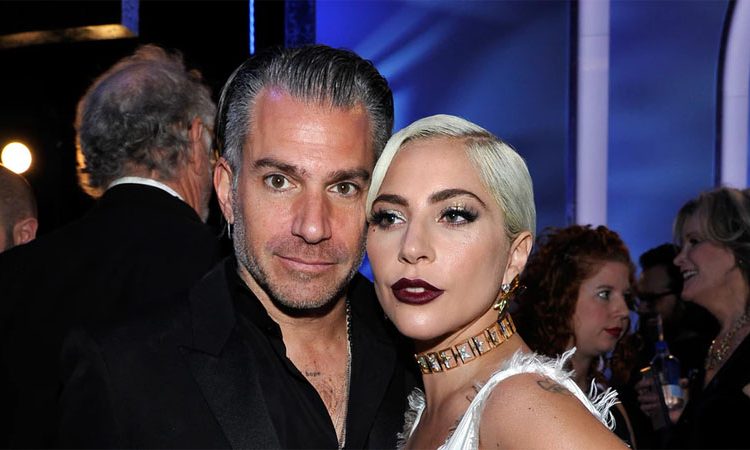 Fans speculated the end of their relationship when she was spotted without her engagement ring at The Grammys last weekend.
And Lady Gaga confirmed that her relationship with Christian Carino is over, according to PEOPLE magazine.
Sources told the publication that the relationship ‘just didn’t work out’ just months after he proposed with a massive diamond ring.
The insider added that ‘relationships sometimes end’ and ‘there’s no long dramatic story.’
Lady Gaga failed to mention her 49-year-old ex during an acceptance speech after her song Shallow won a Grammy on Feb. 10, adding more fuel to the fire that the couple had called it quits.
She was noticeably ringless on the red carpet ahead of the event despite Christian’s presence by her side for the Screen Actors Guild Awards and the Golden Globes last month.
The pop princess had stayed quiet about her engagement to the CAA talent agent until most recently referring to ‘her fiance’ during a speech at ELLE’s 25th Annual Women in Hollywood Celebration in October, according to Entertainment Tonight.
An insider told ET that ‘Gaga is so over the moon at the moment’ in December with the buzz surrounding her role in A Star Is Born.
‘She is constantly telling those close to her how grateful she is to be at this point in her life and work with such incredible artists and be with the man she loves so dearly,’ the source said.
‘Gaga is incredibly elated about her engagement, but because of how busy she’s been with [A Star is Born], she can’t even begin to think about a wedding.’
The couple reportedly began dating in February 2017 after her failed engagement to actor Taylor Kinney.
Kinney popped the question in 2015 with a stunning heart-shaped engagement ring after four years of dating.
Christian and Gaga were spotted kissing ahead of her Super Bowl performance despite trying to keep a low profile at the event.
Engagement rumors began swirling for the pop star after she was spotted with a massive diamond ring on her finger in an Instagram photo shared in November 2017.
Gaga – whose real name is Stefani Germanotta – celebrated Valentine’s Day with a tattoo tribute to her performance in A Star Is Born.
Instead of a heartfelt post about her beau, she shared new inkwork of a rose running down her back, an ode to the song ‘la vie en rose’.
She also posted a photo of music notes tattooed on her forearm to the tune of her musical moniker, ‘G A G A.’