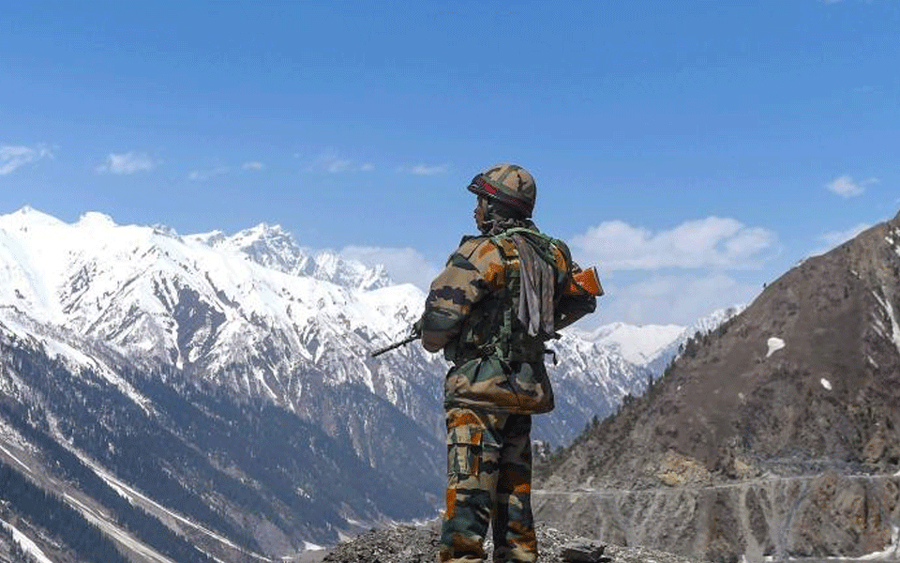 NEW DELHI, SEPTEMBER 27: Away from the India-China talks table where efforts are on to dial down tensions along the Line of Actual Control (LAC) in Ladakh, the Indian Army has been preparing for the winter deployment of troops in the region because hopes of an early resolution of the crisis are fast receding.
India and China have around 50,000 troops each in the region, backed by tanks, artillery and air defence assets. Army sources said each will calibrate its winter deployment according to what the other side does.
Given the harsh Ladakh winter, the two sides, sources said, may have to come down from some of the heights they currently occupy, and there could be a slight reduction in the number of troops.
A top Government official told The Sunday Express that “we will have to wait and watch” how many troops will be required since the PLA “can decide to stay at important places” even during the winter.
The official, however, pointed out that the distance between the Chinese base and their positions on the heights of the Pangong Tso north bank is much more than what Indian troops have to cover, and this makes the PLA positions untenable.
The two sides, another Government official said, are prepared for deployment through the winter months, and the Chinese have even arranged optical fibre cables for better communication.
Only a few hundred metres separate Indian and Chinese troops at several places on the north and south banks of Pangong Tso. For a week after India occupied key heights on the south bank and the Chushul sub-sector, the Chinese tried to dislodge Indian troops but failed.
Indian troops have also readjusted positions on the north bank. During the scramble for the heights, there was an incident – it happened before External Affairs Minister S Jaishankar and Chinese Foreign Minister Wang Yi met in Moscow on September 10 – in which troops of the two sides fired 100-200 rounds in the air.
Following the Moscow talks, Indian and Chinese military commanders returned to the talks table on September 21 to try and resolve the situation.
The Chinese insisted that India first vacate the heights occupied in the Chushul sub-sector, while India maintained that disengagement and de-escalation in all of eastern Ladakh have to be carried out.
“There is no meeting ground, no common ground between both,” a senior Army officer said, adding that one of the major issues between the two sides is “lack of trust”, especially after the Galwan Valley incident in which 20 Indian Army personnel died in clashes with Chinese troops on June 15.
Following the September 21 talks, the two sides, in a joint press release, agreed to “strengthen communication on the ground, avoid misunderstandings and misjudgments, stop sending more troops to the frontline, refrain from unilaterally changing the situation on the ground, and avoid taking any actions that may complicate the situation”.
(Courtesy: IE)