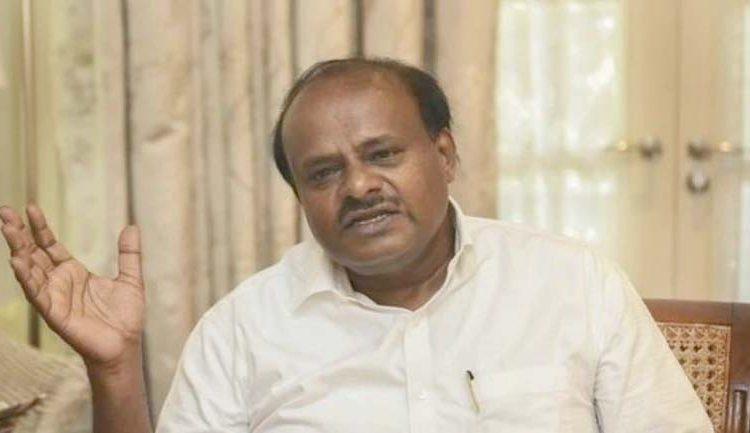 HASSAN, August 3: Former Karnataka chief minister and JD(S) leader H D Kumaraswamy on Saturday hinted at leaving politics, asserting that it is “not for good people”.
Claiming that he became the chief minister “accidentally”, Kumaraswamy said he is satisfied as he was able to work towards the development of the state while heading the 14-month-long tenure of the Congress JD(S) government.
“I am thinking of going away from politics. I came to politics accidentally. I became the chief minister accidentally. God gave me the opportunity to become the chief minister twice. I wasn’t there to satisfy anyone. In 14 months, I did good work towards the state’s development. I am satisfied,” he told reporters here.
“I am observing where today’s politics is going. It is not for good people, it is about casteism. Do not bring in my family as I am done. Let me live in peace. I do not have to continue in politics. I want space in people’s hearts,” Kumaraswamy said.
The JD(S) leader said that his father H D Deve Gowda is still fighting and trying to build the party even after he lost from Tumkur parliamentary seat in the general election.
Kumaraswamy resigned as Karnataka chief minister on July 26 after the coalition government lost the trust vote. Following his resignation, BJP leader B S Yediyurappa took oath as the new chief minister of the state.
The coalition became a minority after 17 rebel MLAs from Congress and JD(S) withdrew support and were subsequently disqualified by then Speaker KR Ramesh Kumar under the anti-defection law. (ANI)