Sign in
Home Infotainment Kumail Nanjiani will play a Bollywood star in The Eternals: ‘That’s my secret identity’

Kumail Nanjiani will play a Bollywood star in The Eternals: ‘That’s my secret identity’ 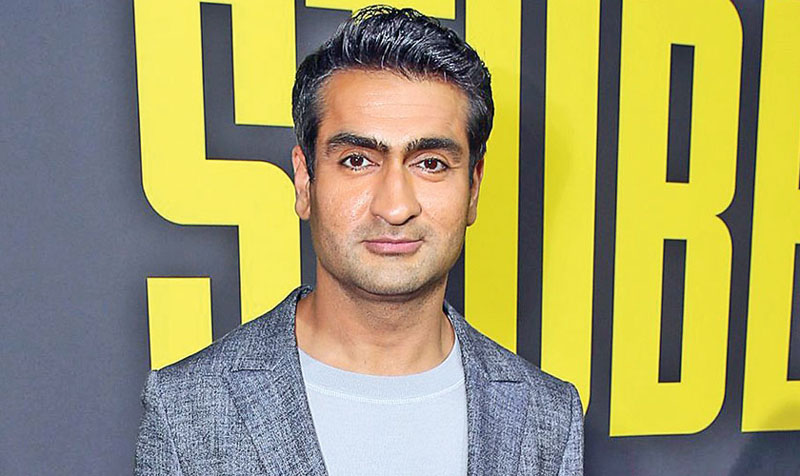 Pakistani-American actor Kumail Nanjiani says his character in Marvel Studios’ big-budget superhero saga The Eternals will have a secret identity of a Bollywood star. The film, directed by Chloe Zhao, will follow the Eternals, an immortal alien race created by the Celestials who have secretly lived on Earth for over 7,000 years, to reunite and protect humanity from their evil counterparts, the Deviants.
Nanjiani, who is essaying the role of Kingo, an Eternal who is cosmic-powered, also said a major chunk of the movie is set in the modern age.
“A lot of it takes place in the present day. My character, for instance, is like ‘Ok we’re supposed to keep a low profile, no one should know’. “So I become a Bollywood movie star, that’s my secret identity. We’re all supposed to keep quiet and I’ve become the biggest Bollywood movie star,” the actor said during his appearance on Deadline’s New Hollywood podcast.
Nanjiani, 42, said he took months of “Bollywood dance classes” to prepare for the role. “It’s really a workout… And you know, there’s like 52 dancers, and 51 of them are professional dancers, and then there’s me,” he added.
The Eternals also features the likes of Angelina Jolie, Salma Hayek, Kit Harington, Richard Madden, Brian Tyree Henry, Gemma Chan, and Barry Keoghan. The movie is scheduled to be released in November.