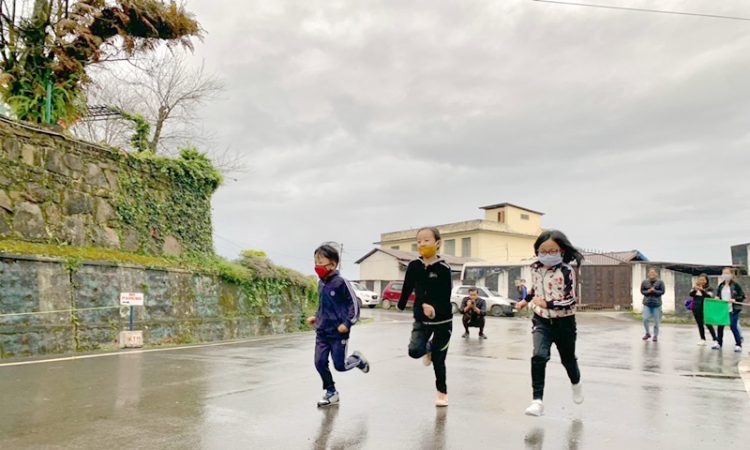 Dimapur, October 22: Kohima Smart City organized an impromptu street friendly activities competition for joggers and pedestrians in Raj Bhavan area on October 22 as part of ‘Open Street Campaign’ under the ‘Streets for People Challenge’.
The ‘Streets for People Challenge’ is an initiative of the Ministry of Housing and Urban Affairs (MoHUA) to inspire cities to create walking friendly streets through quick measures in response to COVID-19. The open street campaign is aimed at creating awareness among citizens on the importance of having safe and healthy streets and open spaces.
“Come dawn or dusk every day, people of all ages are seen around Raj Bhavan area jogging, walking, exercising, playing football, and people walking their pets. It has grown into a fitness destination for many citizens in Kohima Town,” it said, adding the Kohima Smart City decided to take the open street campaign to the area to hold some impromptu random events and create awareness on safe and healthy streets.
Despite the foggy weather and light rain, several joggers, fitness enthusiasts, few walking their pets and a group of boys kicking football were already in the area and the weather cleared up just long enough for the impromptu events. Apart from a few who appeared a little shy and hesitant, the younger joggers including children enthusiastically participated in the events. The event included a 500m sprint for men, women and children and 30 seconds push up challenge for men and children.
The KSCDL officials explained briefly about the challenge and the need for citizen support in the campaign and gave away token cash prizes. It was informed that more open street campaigns would be happening in the weeks ahead under the theme “Lets make our streets safe, healthy and happy spaces” for all. (Page News Service)