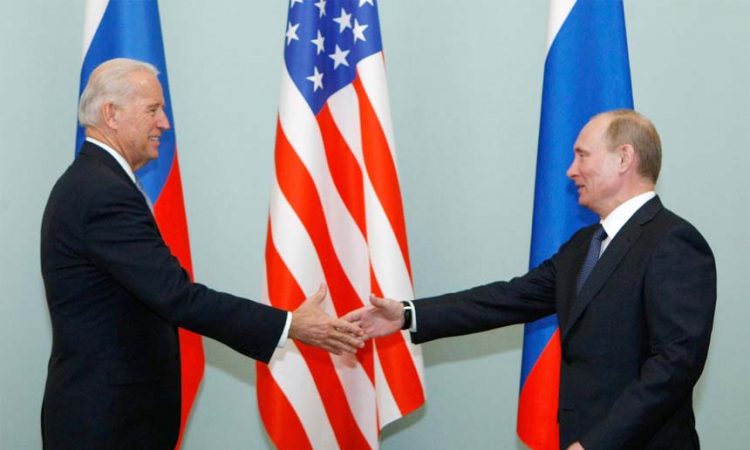 Moscow, May 26: The Kremlin sought on Wednesday to temper expectations for next month’s summit between Russian President Vladimir Putin and US President Joe Biden but noted the meeting’s importance amid soaring tensions between their countries.
Putin’s spokesman Dmitry Peskov warned against anticipating a reset after the June 16 summit in Geneva, emphasizing that differences between Moscow and Washington run too deep.

It’s obvious that the negative potential that has accumulated in our bilateral relations has some inertia, Peskov said during a conference call with reporters. “So it’s hard to expect that it would be possible to reach understanding on deep disagreements during just one first meeting.”
Russia’s ties with the United States and its allies have sunk to post-Cold War lows over Russia’s 2014 annexation of Ukraine’s Crimea, its’ support for separatist rebels in eastern Ukraine, Moscow’s interference with elections, hacking attacks and other irritants. The Kremlin has denied wrongdoing and denounced Western sanctions as an attempt to constrain Russia’s development.
“I would caution against having excessive expectations regarding results of the meeting, but proceed from the assumption that the event is very important in practical terms,” Peskov said. “It would be wrong to downplay the importance of the meeting.”
The summit in Geneva will wrap up Biden’s first international trip as president, following his visit to Britain for a meeting of Group of Seven leaders and a NATO summit in Brussels.
The agenda is expected to include arms control, the situation in Ukraine, this week’s forced diversion of a Lithuania-bound flight by Russian-ally Belarus, efforts by both nations to stem the coronavirus pandemic and more.
The White House also is setting low expectations for the meeting, making it clear the Geneva summit isn’t likely to yield any major breakthroughs .

The Biden administration has repeatedly said it is seeking a “stable and predictable” relationship with Moscow. At the same time, it has called out Putin on allegations that the Russians interfered in last year’s US presidential election and that the Kremlin was behind the massive SolarWinds hacking campaign that targeted at least nine US agencies. (AP)