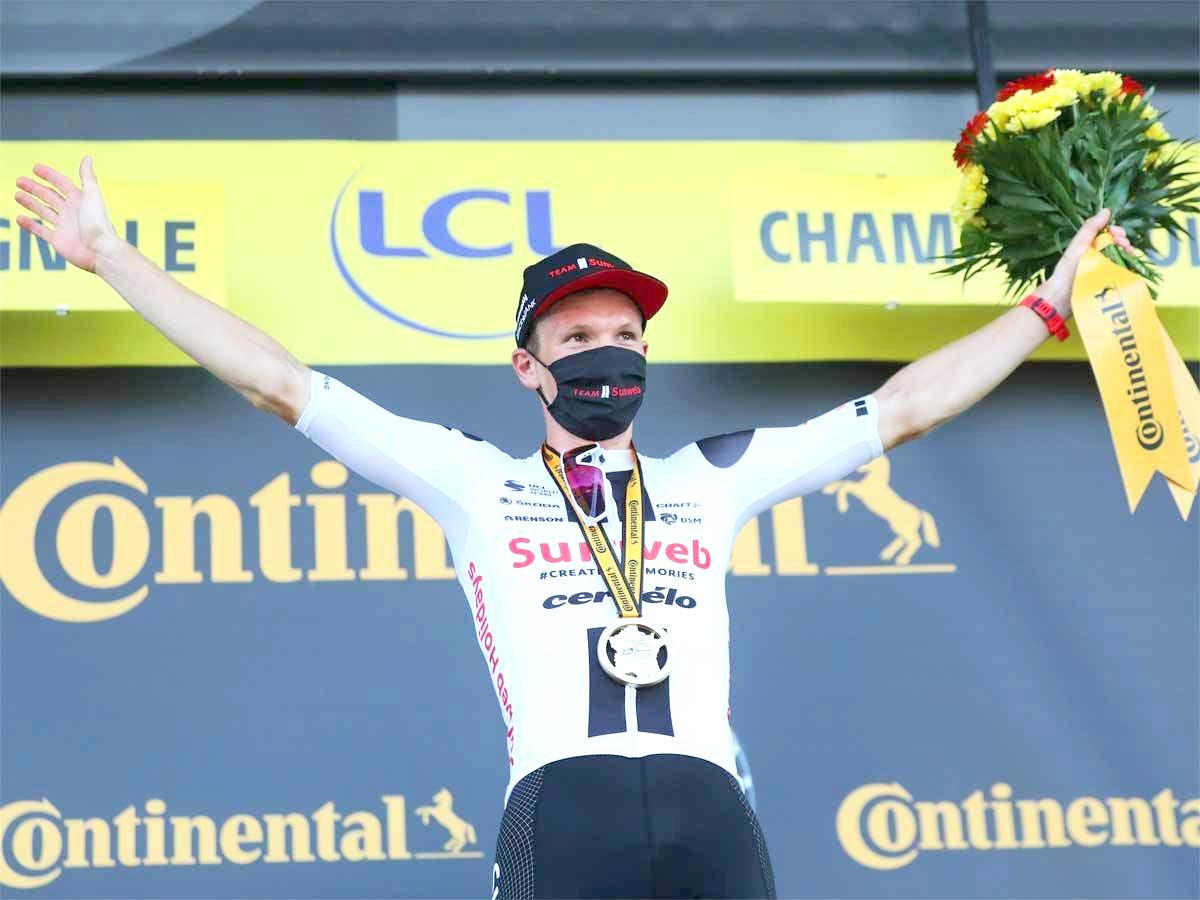 CHAMPAGNOLE (France), September 18: Denmark’s Soren Kragh Andersenclaimed his second audacious solo stage win of the Tour de France on Friday with a perfectly timed attack late in the 19th stage, an undulating 166.5-km ride from Bourg en Bresse to Champagnole.
The Sunweb rider, who also won the 14th stage in Lyon with an instinctive move in the finale, jumped away from a group of late breakaway riders to give his team their third stage win this year after Marc Hirschi’s victory in the 12th stage.
Slovenian Luka Mezgec took second place on Friday, and Belgian Jasper Stuyven finished third, both 53 seconds behind, as Primoz Roglic retained the overall leader’s yellow jersey.
Roglic leads second-placed and fellow Slovenian Tadej Pogacar by 57 seconds going into Saturday’s decisive individual time trial, which should see the Jumbo Visma rider secure his maiden Tour title.
Ireland’s Sam Bennett did a good job at keeping triple world champion Peter Sagan at bay, even extending his lead in the points classification to 55 points from 52.
Bennett is hoping to become the first Irishman to win the green jersey since Sean Kelly in 1989 while Slovakian Sagan is looking to claim it for a recordextending eighth time.
France’s Remi Cavagna was the only early breakaway rider and the Deceuninck-Quick Step rider, helped by a strong tailwind, opened a decent gap.
He was however caught by the bunch 50km from the finish and several attacks took place within the group of 12 riders, featuring top sprinters and one-day race specialists, who broke clear with 25km to go.
Kragh Andersen then accelerated away and his move went unanswered. The Dane did not look back and quickly extended his advantage, his rivals then looking to prepare for the sprint for second place. (Reuters)