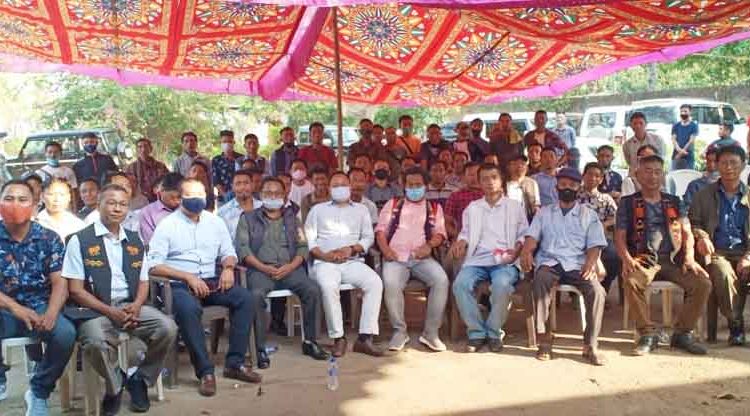 According to a press release issued by Phuae Konyak, CAO Konyak Region, speech from Vice-President, Tongmeth Wangnao was conveyed to the masses. He stressed that from the beginning of the Naga National movement and till date Nagas have achieved four very important landmarks in the Naga History among many events and occasions–The Naga Independence declaration of 1947, The Nagas’ Plebiscite of 1951, Official recognition of the Uniqueness of Naga History in 2002, and Framework Agreement signed on the 3rd August, 2015.
He stated that the Framework Agreement was witnessed and signed by the Prime Minister of India, Narendra Modi at his residential office in the presence of Home Minister, Rajnath Singh, Chief of Army staff, heads of various departments and dignitaries who were present at the ceremony.
Stating that since the very agreement itself is historic in nature, honorable, acceptable and lasting solution is a must and need of the hour, Wangnao said, “Time is not real factor for solution but the issue is.”
In the presence of the Collective Leadership Member, Alam Wangshu; the house unanimously declared to stand by the Framework Agreement signed on the 3rd August, 2015. The house has also further endorsed to give an unflinching support to the leadership of the President, Q Tuccu, Vice-President, Tongmeth Wangnao and Ato Kilonser, Th Muivah.

The programme concluded with a vote of thanks from Akhah Konyak, Executive Member, Steering Committee and benediction by Lieut. Col. Wangchun Konyak.
(Page News Service)