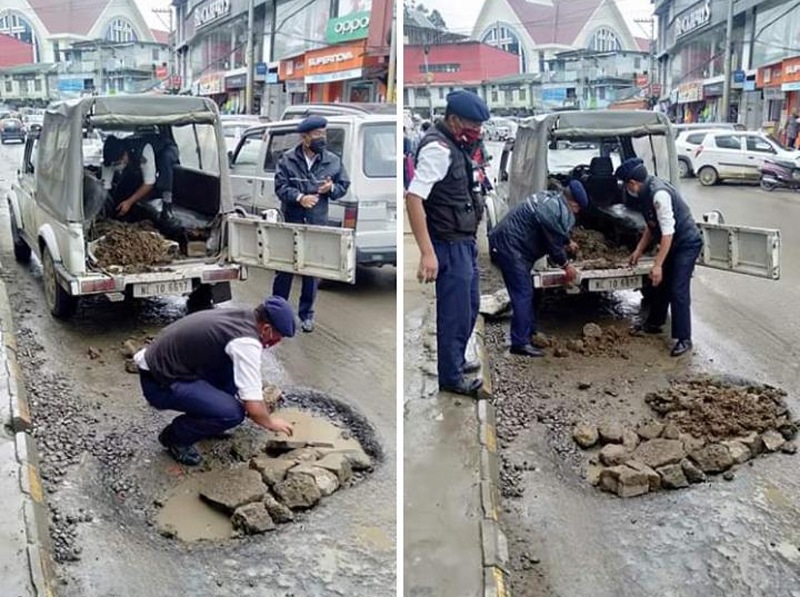 Kohima, June 29: Kohima police today took up the job of Public Works Department (PWD) by filling up the potholes in the city.
With the onset of monsoon potholes are reappearing in the city and Kohima traffic police took up extra burden to fill the potholes to avoid bumpy drive and for smooth flow of traffic.
Police gypsy was seen carrying boulders and stones to fill the potholes.
Citizens have appreciated the concern of the traffic police personnel and urged the concerned department to get into job before the condition of the roads get worse.
Most of the potholes occurred during monsoon season every year.
Poor drainage system is the main factor which damages the roads in the city. (Page News Service)