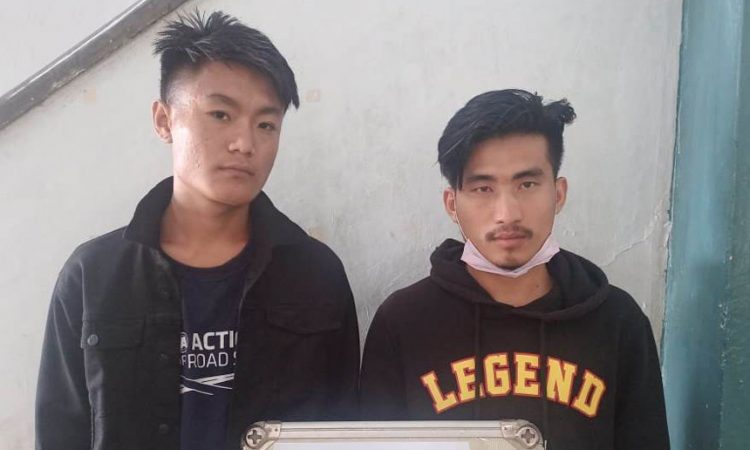 Dimapur, June 14: Kohima police on Monday arrested 2 persons in connection with the snatching of a purse from a woman by 2 unidentified miscreants on April 24 last near the District Home Guard office, Upper Chandmari, Kohima.
Police identified the 2 arrested as Vetsüto Nakro (21) and Shevotso Getsa (21), both from Pholami village under Phek District.
Police said the two were arrested after thorough investigation and several attempts as they were absconding.
(Page News Service)