Dimapur, February 6: The first meeting of the newly re-constituted BJP Kohima District was held today at State BJP office, opposite Head Post Office, Kohima.
Exhorting the gathering, State BJP general secretary P Kavili Achumi called upon the district BJP leaders to serve the people with political zeal by spreading awareness about the government schemes and benefits.
She said BJP as a national party is for the welfare of all in general and does not look into the welfare of specific groups.
She also called upon them to extend fullest cooperation and also work hand in hand with the State level party officials in the interest of the party and also to take the state towards development and progress.
The occasion was marked by presentation of reports by general secretary Pelenguto Peseyie, Minority Morcha president Arvind Mishra and different frontal bodies.
Chaired by Kohima District unit vice president Ruokuotuolie Kesiyie, the programme commenced with district treasurer Hanchule Jemu pronouncing the invocation. BJP Kohima district president Seyiekhrielie Nagi delivered the welcome address while general secretary Nelson Semy tendered the vote of thanks. (Page News Service) 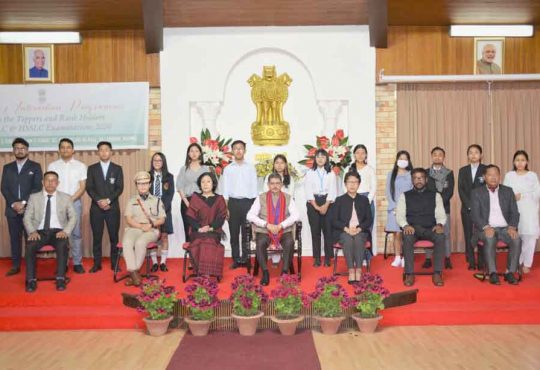