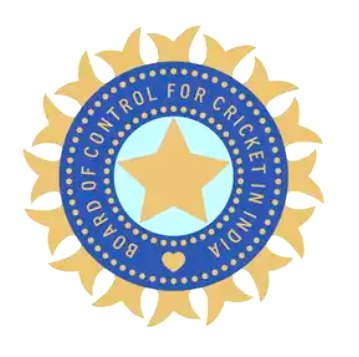 MUMBAI, November 2: For a cricket board that’s used the term ‘transparency’ as the catch-word in recent years, it’s not auguring well that the BCCI has chosen to sign a three-year kit sponsorship deal without a tender process or even an Expression of Interest, especially with a company that’s in directly in conflict with one of its own existing partners and does not meet the initial eligibility criteria.
The BCCI, on Monday, was in the middle of signing a three-year kit sponsorship deal with Mobile Premier League (MPL), an e-sports gaming platform operated by Bangalore-based company Galactus Funware Technology Pvt Ltd.
MPL is being brought in to replace global sports-kit manufacturing giant Nike as the kit sponsor of the Indian national teams.
The BCCI had first floated a tender in August to bring in a replacement for Nike. However, on September 1, not a single bidding party came to the table. The same day, Board sources told TOI that the “deadline for the apparel rights would be extended” and BCCI would sit across the table with potential buyers to work out a deal – a process that, it is learnt, was on behind the scenes these past two months.
In other words, the Board decided neither to float another tender nor call for an Expression of Interest.
However, even if the BCCI decided to do away with these processes, considering not a single company showed interest on September 1, “how did that change the eligibility criteria?” say industry executives.
The BCCI, they add, “may have been speaking with certain parties but does that mean 20 others weren’t interested? If there was a change in eligibility criteria, was the industry informed about it in general – let’s say through a press statement or by way of some information on its website? Who knows, a dozen more parties would have shown interest”.
Instead, doing away with the eligibility criteria has now opened a can of worms and complaints of “ambush marketing” are doing the rounds in the cricketing corridors. Further, if the Board could call for an ‘Expression of Interest’ to look for a title rights sponsor to replace Vivo, why wasn’t the same done once again?
Here’s a look at the subverts in play as BCCI gets busy bringing MPL on board.
Clause 2.3.2 of the kit rights tender document says: Category of Bidders (a) Each bidder and in the case of a bid by a consortium, both members of the consortium must be: (i) a reputed athleisure company or clothing manufacturer; (ii) a company whose business is e-commerce and who has a recognised in-house apparel label; and / or (iii) a company whose business is fashion retail business.
The MPL is neither and TOI understands that the BCCI will now be responsible for ‘kitting’ of Team India apparel.
Clause 2.3.2 (b) gets more interesting and says, “each bidder, third party manufacturer and in the case of a bid by a consortium, both members of the consortium must not be a brand which is either perceived or likely to be perceived, by spectators and viewers, as being associated or connected in any way with, including being a surrogate brand…”
The MPL is an online gaming platform and clearly did not fit the eligibility criteria, because of which the company created a new domain “MPL Sports” in October first week, specifically to show “merchandise business” by way of which they were deemed “eligible”.
Further, MPL coming on board is a move that’s in direct conflict with BCCI’s official partners Dream 11, also the title rights holder in the Indian Premier League(IPL). “If this is not an ambush, what is? Eligibility rules are changed because of which a new bidder – one that had not picked the tender document in August, in the first place – walks in. Then they create a new sports domain just to show they are in this space, and not just gaming. Is the BCCI tracking this?” industry sources say.
Explaining the case of an ‘ambush’ further, market sources share the following example: “Let’s say Pepsi enters a space where Coke is already there. To escape the clause that bars entry of direct rivals, Pepsi says ‘Pepsi Lays will be sponsors’, but the fact is Lays is just mentioned in one small corner. Eventually it is Pepsi vs Coke”. “Isn’t that surrogacy?” sources add. (TNN)