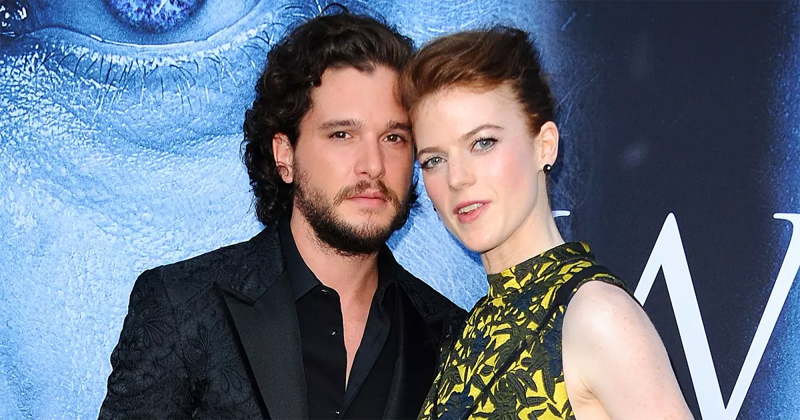 Trouble seems to have hit Game of Thrones stars Kit Harington and Rose Leslie’s peaceful abode, just a few months after their fairytale wedding in June this year. According to a report in E! News, Russian model Olga Vlaslova has claimed to have been involved with Harington during and after his wedding and has reportedly shared a nude picture of the actor clicked during their one month-long affair. However, Harrington has denied the cheating allegations charged against him.
The Russian model has reportedly claimed that the actor has been in an extramarital affair with her and has revealed that the two met in Luxembourg. The report also states that the model has claimed to have slept with him on multiple occasions during his engagement to Leslie and after their wedding. The actor’s representative however, denied her claims and told E! News, “The allegations in this story are completely false. He’s never even been to Luxembourg nor has he ever met Olga Vlaslova.”
Talking about playing Jon Snow in Game of Thrones, Harington had said at the Emmy Awards held in September, “It gave me my future family and my life from here on in. That’s the main thing it did for me, and it’s changed it completely.” Leslie had played his love interest Ygritte, a wildling in the show and was seen in second, third and fourth seasons. The two were linked up occasionally before they announced their engagement in September, 2017. The two then tied the knot in June this year in a star-studded Scottish ceremony at a magnificent Scottish castle.