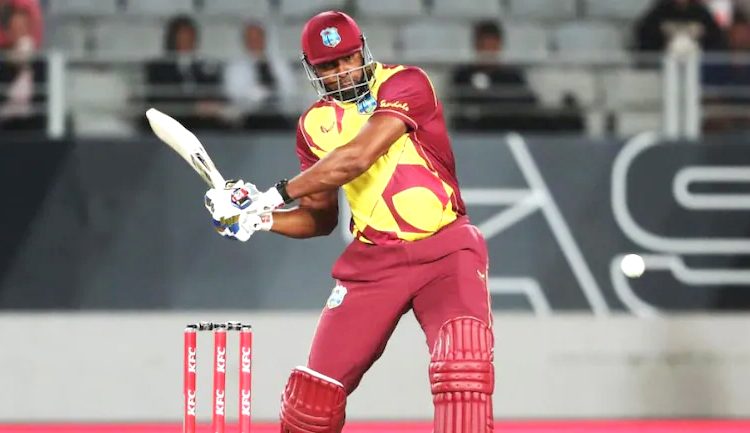 ST. JOHN’S, ANTIGUA AND BARBUDA, March 4: West Indies captain Kieron Pollard on Wednesday became only the third man to hit six sixes in an international over in his team’s four-wicket Twenty20 victory over Sri Lanka.

The feat came in the sixth over of a bizarre West Indies innings, bowled by off-spinner Akila Dananjaya who moments earlier in his previous over had been celebrating taking a hat-trick.
Pollard followed in the footsteps of South Africa’s Herschelle Gibbs against the Netherlands in the 2007 World Cup and India’s Yuvraj Singh, who also achieved the feat in the 2007 Twenty20 World Cup against England.
Pollard was eventually out for 38 off 11 balls as the West Indies chased 132 to win at the Coolidge Cricket Ground, reaching their target in the 14th over when Jason Holder clobbered his side’s 13th six.
“I felt I could hit six sixes after the third one,” said 33-year-old Pollard.
“Once I had five sixes I knew I had the bowler on the back foot. He was going around the wicket and it was difficult for him. I just told myself: ‘Go for it’.”
Sri Lanka skipper Angelo Mathews hailed his opposite number.
“Pollard as we know is very destructive,” Mathews told the post-match presentation.
“What I told Akila was to go for his wicket even if he gets hit for six sixes. If he miscued one we could have got him out. Unfortunately it didn’t happen.”
Only eight men have hit six sixes in an over in all forms of cricket with fellow West Indian Garfield Sobers the first to do so in an English county game in 1968.
West Indies’ openers Evin Lewis and Lendl Simmons bludgeoned 52 off the first 20 balls as the two-time T20 World Cup winners looked comfortably on course.
However, having hit three sixes off three balls off Mathews’ opening over, Lewis was caught by Danushka Gunathilaka in the deep off Dananjaya for a brisk 28.
That brought 41-year-old Chris Gayle to the crease for his first international appearance in two years.
But he lasted just one ball when he was plumb lbw to Dananjaya who then completed his hat-trick by having Nicholas Pooran caught behind by Niroshan Dickwella.
The West Indies were 52-3 which soon became 62-4 when leg-spinner Wanindu Hasaranga dismissed Simmons, the opener having made 26, before Pollard launched his demolition job.
Hasaranga survived the carnage and finished with figures of 3-12 off his four overs.
Despite his hat-trick, Dananjaya’s four overs cost 62 runs.
Sri Lanka, bidding to win a match for the first time in a year, made a below-par 131-9.

The tourists were asked to bat by the 2012 and 2016 world champions with Pathum Nissanka marking his Sri Lanka debut by top scoring with 39 off 34 balls including four fours and one of his team’s three sixes.
The 22-year-old batsman shared a 51-run second wicket partnership with opener Dickwella, who made 33.
The second and third games in the series also take place at the Coolidge Cricket Ground on March 5 and 7, to be followed by three one-day internationals and two Tests. (AFP)