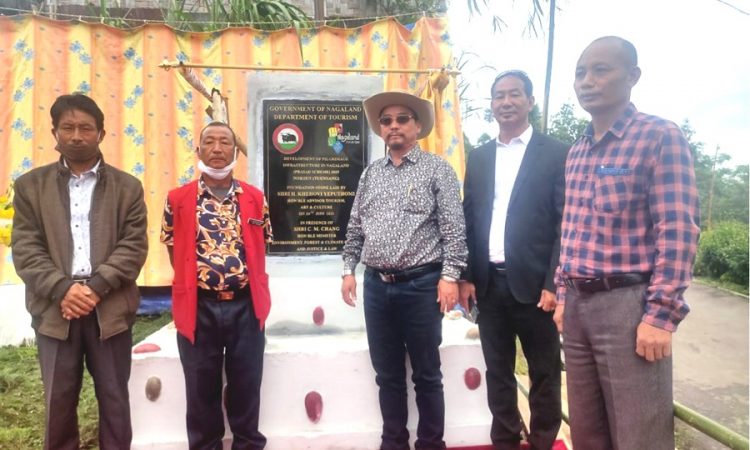 Dimapur, June 27: Advisor Tourism, Art & Culture, H. Khehovi laid the foundation stone for the development of pilgrimage infrastructure in Nagaland (Prashad scheme) 2019 on June 26 at Noksen, Tuensang.
The Advisor lauded Noksen village stating that since statehood the village has produced four Ministers from their village which is a blessing. He said the State Government identified the heritage site for development at Noksen where Godhula Brown, pioneer missionary visited the village from 1880-90 AD. He sought support and cooperation from the villagers for the successful completion of the project within the specified period.
Khehovi said he is fully committed to maintain justice as a whole irrespective of tribal lines. He further said that the global pandemic has taught the Nagasto again start cultivating fields, rearing domestic animals which would lead to self-sufficiency.
Er. Thungdemo Patton EE Tourism while highlighted on the project.
The program was chaired by Moatemsu Sr. T.O. Vote of thanks was pronounced by Toka Tuccumi Asst. Director Tourism. (Page News Service)