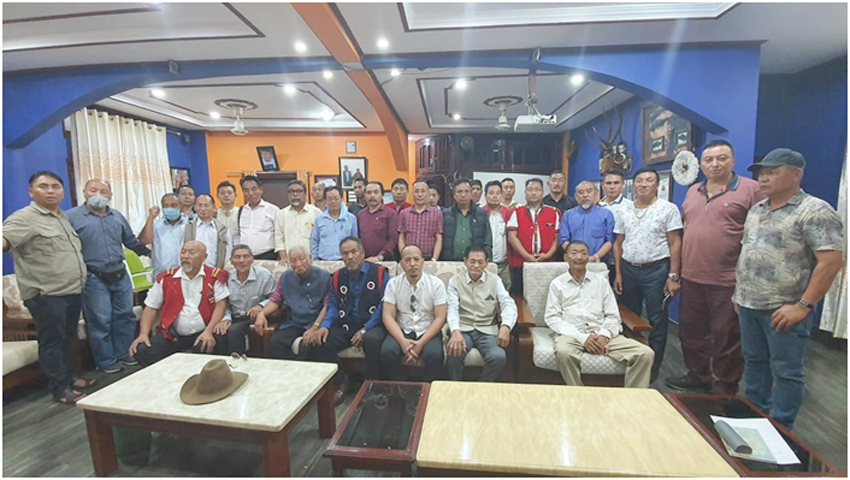 Dimapur, September 20: Chairman, NSCN and President GPRN (K), Lt Gen (Retd) Khango Konyak, in presence of NTC peace mediation team, the NGBF and rest of the WC, NNPG members, revoked the expulsion of Col (Retd) Isak Sumi, General Secretary, NSCN and Ato Kilonser, GPRN (K) and reinstated him in the same status and position held earlier.
He would also continue to represent NSCN/GPRN (K) as Co-Convenor in the WC, NNPGs.
A “Deed of Reconciliation” was signed by Gen (Retd) Khango Konyak, Col (Retd) Isak Sumi, N Kitovi Zhimomi, convenor, WC NNPGs and Yesonu Veyie, Convenor, NTC peace mediation committee.
The Working Committee of NNPGs said that the political negotiations with the Government of India is about to arrive at its logical conclusion. The progress so attained is neither out of the blue nor easy but out of much dedication and sacrifices of all the stakeholders, it added.
“Whereas, to have internal bickering resulting into split within any group at this crucial juncture amounts to undermining the efforts of the negotiators and of the facilitators alike. In fact, any such action particularly of the national workers that impedes the process of the negotiation is considered a betrayal to the aspiration of the Nagas,” it said.
The WC further stated that the menace of defection within the NNPGs has caused much misunderstanding and pain to all and that GPRN/NSCN(K) has agreed to sincerely abide and conform to all existing anti defection laws in force among WC, NNPGs.
The WC said they have committed themselves to work with responsibility, mutual coordination and transparency in the execution of domestic affairs, in the larger interest of Nagas. The General Secretary shall consult the Chairman in all important issues, it added. (Page News Service)