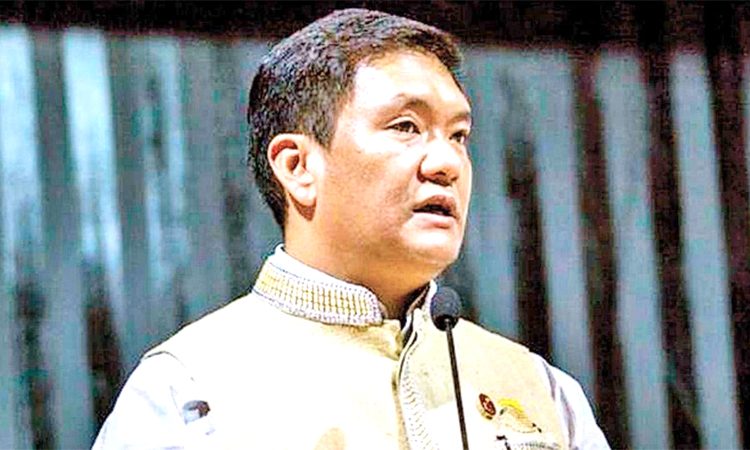 Itanagar, September 1: Arunachal Pradesh Chief Minister Pema Khandu has requested the Centre for increasing the area under oil palm cultivation in the state to 12,000-15,000 hectares in the first year of the Centre’s new mission to boost its production.

The Union Cabinet had on August 18 approved the National Mission on Edible Oils – Oil Palm (NMEO-OP), with a focus on the northeast region and the Andaman and Nicobar Islands, to promote the domestic cultivation of oil palm in the next five years.
Allaying the fear of the impact of oil palm cultivation on forests, the chief minister said it is unlikely to have any effect since the areas identified for the purpose cover only wasteland, an official statement said here.
He made this plea while participating in a video conference the Union Agriculture Minister Narendra Singh Tomar and DoNER Minister G Kishan Reddy had with chief ministers of all the northeastern states on Tuesday, the statement said.
Khandu said that a Central government committee has already identified 1.33 lakh hectares of wasteland in Arunachal Pradesh for oil palm cultivation.
The chief minister informed the Union ministers that the state has 25 lakh hectares of cultivable area of which only 2.5 lakh hectares have been put to use.
On slow coverage of oil palm cultivation in the state, he attributed it to a lack of commitment from the promoters in setting up processing factories, which had led to a loss of confidence among the farmers.
Khandu said a memorandum of understanding (MoU) with one of the promoters was cancelled and meetings have been called with the existing ones to fast track the mission.
Speaking on the Organic Mission, Khandu said that the state had launched the mission in 2016 with the target of completing it by 2023, covering an area of 1-lakh hectares.
He said phases 1 and 2 of the mission are complete, and phase 3 is currently underway.

Khandu further requested the Union ministers to set up small cold chain storage facilities across the state to reduce the wastage of farm produce. (PTI)