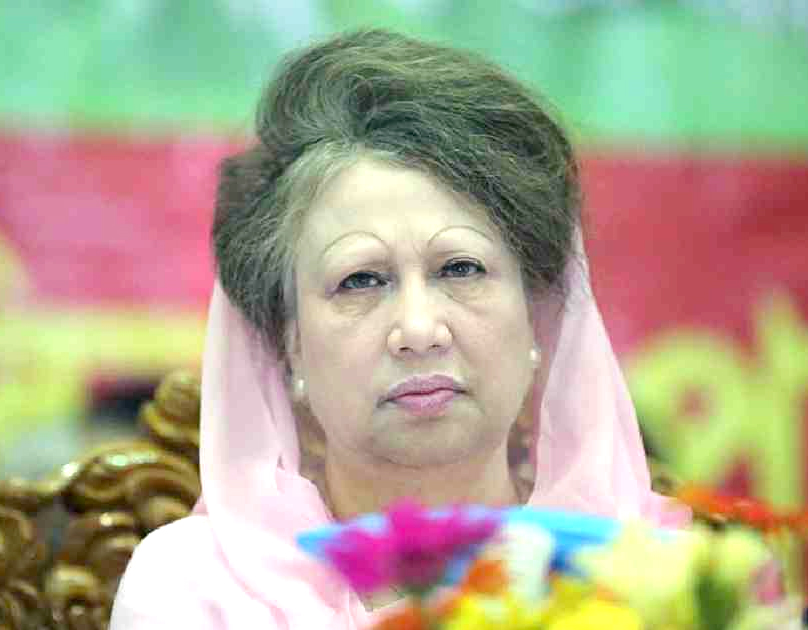 DHAKA, August 30: The family of Bangladesh’s main opposition leader Khaleda Zia has sought an extension of six more months on her suspended prison sentence for the former prime minister’s treatment, according to a media report. The government in March released the 74-year-old leader for six months on condition that she would stay at home amid the coronavirus outbreak in the country, receive treatment and not travel abroad.
Home minister Asaduzzaman Khan Kamal said that Zia was freed on humanitarian grounds after Prime Minister Sheikh Hasina’s approval.
The Bangladesh Nationalist Party (BNP) chief is serving a 17-year prison term in two graft cases since February 8, 2018.
Zia’s family filed a plea with the government for an extension of the suspended prison sentence as the six months allotted to her in March will end on September 24, the Dhaka Tribunereported.
A M Ehsanur Rahman, one of Zia’s counsels, said that an application, signed by the BNP chief’s younger brother Shamim Eskander, was sent to the home ministry on August 25.
The BNP chairperson did not receive proper treatment due to the ongoing Covid-19 pandemic, her family said. They also want another extension for her treatment, the counsel was quoted as saying in the report.
Home Minister Kamal confirmed that they have received an application which was sent to the law ministry for its consideration and “further steps will be taken after considering the legal basis of the application, the report said.
Zia served thrice as the premier since 1991. Her party was routed in the 2018 election, bagging only six seats in 300-seat Parliament.
Her conviction on “moral turpitude” charges barred her from contesting the polls.
She was sent to jail in February 2018 by a local court on charges of embezzling foreign donations meant for an orphanage, named after her slain husband and president Ziaur Rehman, during her premiership between 2001 and 2006.
Rehman, a military ruler-turned-politician, was the founder of the BNP.
She was convicted in another corruption case later the same year, though her party claims both cases are politically motivated. (PTI)