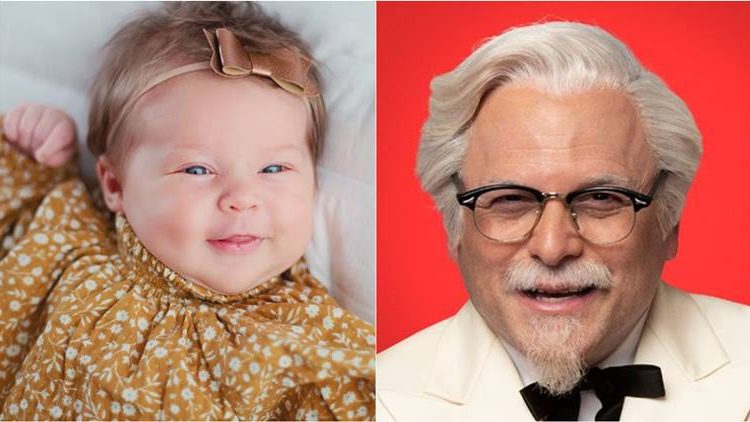 Believe it or not, someone named their child after KFC founder Colonel Sanders. Yes, it’s one thing to enjoy fast food but another to name your baby after the brand owner but there is a catch. The fast-food giant paid $11,000 towards the college fund of the newborn after she was named after its famous founder.
It all began with a publicity stunt in USA. KFC dared people to name their kid Harland, honouring the Kentucky Fried Chicken’s patriarch.
The company listed two rules: name the baby as Harland and the newborn must be the first Harland born in America on September 9. And KFC recently announced Hartland Rose, a baby girl, as the winner.
Sharing the news online, the brand wrote, “The winner of our Baby Harland Naming Contest and the Harland who will be ushering in an all-new generation of Harlands, little Harland Rose.”
“She was born September 9 at 8 pounds, 1 ounce to parents Anna Pilson and Decker Platt, of Southern Pines, N.C.,” according to Lexington Herald Leader reported.
Wondering what’s with the date and the prize money? Well, as September 9 is Sanders’ birth anniversary, the date was chosen for the contest. Also, the $11,000 KFC offered was a nod to the famous 11 herbs and spices used in its famous fried chicken.
According to a report by the USA Today, it was an initiative to bring back the declining popularity of their founder’s name. “Even though vintage names are making a comeback, our iconic founder’s name was dwindling in popularity, and we couldn’t just stand idly by and let that happen,” said Andrea Zahumensky, KFC US chief marketing officer. They claimed that at one point the name was hugely popular but not anymore.
There was a mixed reaction to the news story. While some felt sorry for the little girl who will forever have to explain her name, others said it’s enough money to see her through college. But according to Courier Journal, her parents plans to call her “Harley”.