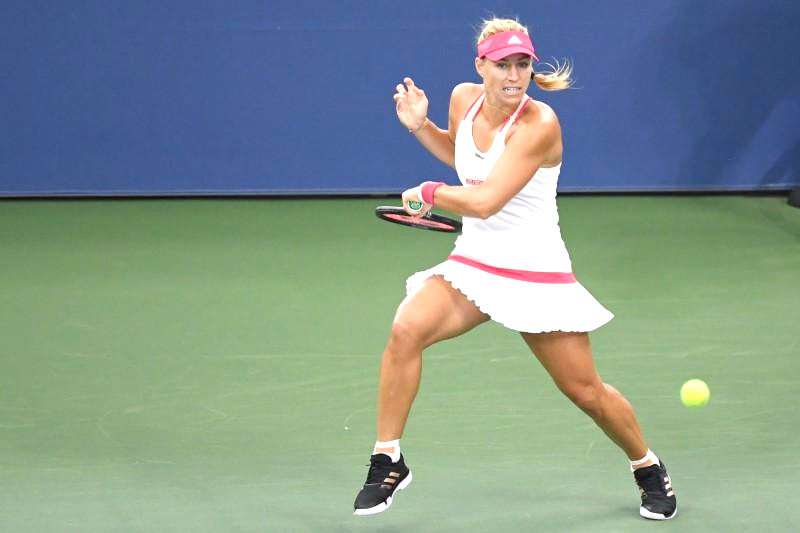 NEW YORK, September 2: Former champion Angelique Kerber came through a fierce allGerman tussle against Anna-Lena Friedsam 6-3, 7-6(6) on Wednesday to book her place in the third round of the US Open.
Kerber, seeded 17th, was fast out of the blocks as she moved into a 3-0 lead but 109th-ranked Friedsam settled down and made her more illustrious compatriot work hard for victory.
Friedsam broke back but surrendered her own serve in the sixth game from 40-0 to allow 2016 winner Kerber to regain control with another break.
Kerber broke immediately at the start of the second set but again Friedsam refused to buckle and responded to break back when left-hander Kerber fired a forehand wide.
Friedsam, who suffered first-round exits on both her previous main draw appearances at Flushing Meadows, grew increasingly confident and worked tirelessly to force Kerber into a tiebreak on Louis Armstrong Stadium.
Kerber drifted an attempted dropshot wide on her first match point at 6-5 but a wild forehand from Friedsam offered her another chance and she converted at the second attempt.
“It was really a tricky match and when you play against a German it’s never easily mentally,” Kerber, playing in her 50th Grand Slam tournament, said on court.
Kerber will face an American challenge next, either 13th seed Alison Riske or Ann Li. (Reuters)