‘shutter down’ to protest multiple taxations by Naga Political Groups and Government agencies.
It also pointed out that the CNCCI had earlier submitted a representation to the Chief Secretary with the demand to: immediately resolve multiple taxation by NPGs; remove all forms of tax/fees collected by civic bodies on items that comes under GST regime, which has subsumed all taxes under ‘One Nation One Tax’; immediately implement SARFAESI Act; and reserve nominee representation to Municipal, Town and AD-HOC Town Council from business and trade bodies.
It requested the business community to “be a part of this necessitating enactment from illegal and multiple taxations”. The shutdown will be imposed from 6 a.m. to 6 p.m. and the KCCI will assign officials and volunteers to monitor the implementation of the closure, it informed.
In a separate press release, the WDCCI maintained that there is complete unanimity among the public throughout the State over the issue of multiple taxations by NPGs.
“The Chamber also acknowledges that there is utter lack of co-ordination and sensitivity on the part of the Government agencies in addressing needs and concerns of the business community. Therefore, the Chamber appeals to all the business community in Wokha District to close their establishments on 16/9/2021 and stand with the rest of the State for fight against rampant multiple and illegal taxation by various groups and Government agencies”, it stated.
Also, it requested the public to co-operate and ensure peaceful closure of all shops within Wokha District on the said date.

Petrol & Diesel retail outlets to remain close on Sept 16
DIMAPUR, SEPTEMBER 14: Petrol and diesel retail outlets at Dimapur will remain closed on September 16, in support of the DCCI and CNCCI call for State-wide business shutdown.
This was informed through a press release issued by the Petroleum Dealers Association Dimapur (PDAD) on Tuesday.
“It may also be noted that due to higher taxation, oil prices in our State are higher comparing to our neighbouring States which adversely affect our business”, it stated, and requested all to bear with the inconvenience. (Page News Service) 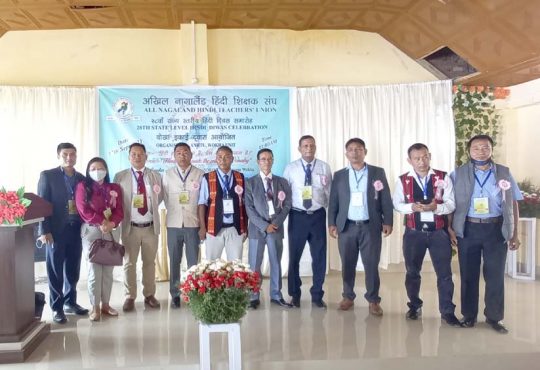