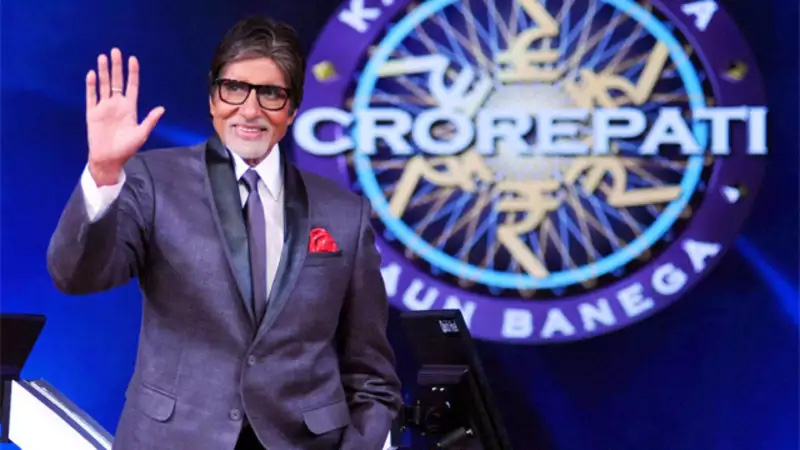 Quiz game show “Kaun Banega Crorepati” on Thursday will pay tributes to its host, megastar Amitabh Bachchan as he completes five decades in Indian cinema.
Bachchan’s debut, “Saat Hindustani”, released on November 7, 1969.
The 77-year-old actor, who presents the 11th season of “KBC” currently, was speechless on the sets of the show when he was reminded about the date his first film released.
“I was working in Kolkata when I happen to see an ad in the newspaper which stated that the winner of the contest would get an opportunity to work with renowned producers from the industry. I felt it was a good opportunity and I applied for the same. However, I didn’t receive any correspondence from them.
“One day while chatting with my father, I mentioned about this opportunity and how I failed. He said to me Beta agar kisi ghar ke andar ghusna ho, aur darwaza ho band, toh deewar phand kar andar jaana chahiye (Son, if you have to break into a house and the door is closed, you must scale the wall to get in)” Bachchan said in a statement.
The episode will also see Oscar-winning sound engineer, Resul Pookutty gift Bachchan a book as a token of appreciation on his 50 years. The first page of the book read ‘100 years of Indian Cinema and 50 years of Amitabh Bachchan’.
“Mr Bachchan was left speechless. He couldn’t thank his fans and the makers of the show enough for extending so much love for all these years. He was nostalgic about his humble journey in the industry. What he means to all of us cannot be described in words but we can only wish for him to complete a century,” said an insider.