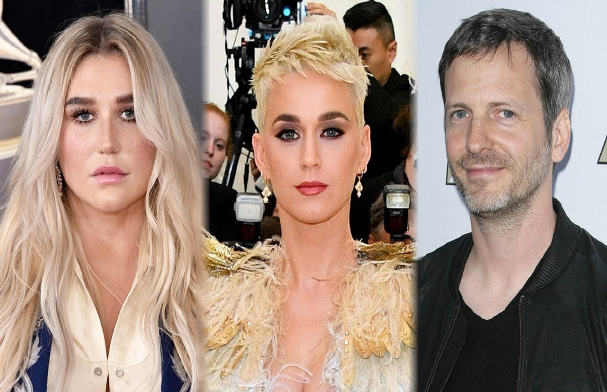 Katy Perry has said in a court document she feared her career would be ruined if she defended Dr Luke in his legal battle with Kesha .
The singer didn’t want to be the “one woman against women” by continuing to work with the music producer, whose real name is Lukasz Gottwald, she claims in the court documents.
The court docs were filed on November 29 in the long-running legal battle between Kesha and Dr Luke , and Katy’s entire testimony was included in The Blast .
The Califnoria Gurls hitmaker’s deposition was taken on July 21, 2017, when she was questioned by Dr Luke’s attorneys.
Some transcripts have previously been released which showed Katy saying on the record that the producer never raped her.
According to the documents, Katy was questioned about her decision to stop working with Dr Luke after Kesha’s allegations were made public.
Katy explained that she was aware that certain celebrities were publicly supporting Kesha after she filed a law suit accusing Dr Luke of sexual assault, something which he has denied.
Katy says: “I felt pressured, but I also knew both of them and a lot of people did not. So it was easy for them to be disattached and support an idea rather than an actual instance.”
Talking about feeling pressure from fans on Twitter, she added: “People were generally very angry at me for not saying anything.”
Katy goes on to say that Dr Luke became toxic in the industry.
She says: “The association with working with Luke was a negative at the time and still is because of this incident.”
And when asked if she felt if that was because of Kesha’s allegations and the support being thrown behind her, Katy responded: “Yes”.
In the legal documents, Katy also says she was “annoyed” at Kesha and Lady Gaga for texting about her and talking about their belief that Katy had been raped by Dr Luke and was hiding something.
She says she was “annoyed, p****d off that she would bring me into it in this way, annoyed at both Luke and Kesha”.
Katy says she feels she was being dragged into the dispute by Dr Luke, who wanted to use her testimony that he hadn’t raped her.
She said she wanted to stay out of it because she knows both parties and empathises with them both and the “horrible situation” they’re in.
She added that they are the only two people who know “what really went on”.
Katy was asked why she didn’t work with Dr Luke on her album, Witness. She explained she spoke to him about it and said it wouldn’t be well received in light of the law suit and that she didn’t want to appear to be “picking a side”.
But she insisted: “They think I was raped and I was not.”
And she said she never defended Dr Luke in the press because she feared further criticism and attacks.
She said she didn’t want to seem to be “the one woman that is against women” because she’s not and that she believes in “innocent until proven guilty” and “justice”.
But she feared working with Dr Luke would affect her music sales and that protests and a smear campaign could be launched against her.
Dr Luke argues that Kesha’s allegations could cost him more than $50 million.
His defamation case against Kesha is ongoing.