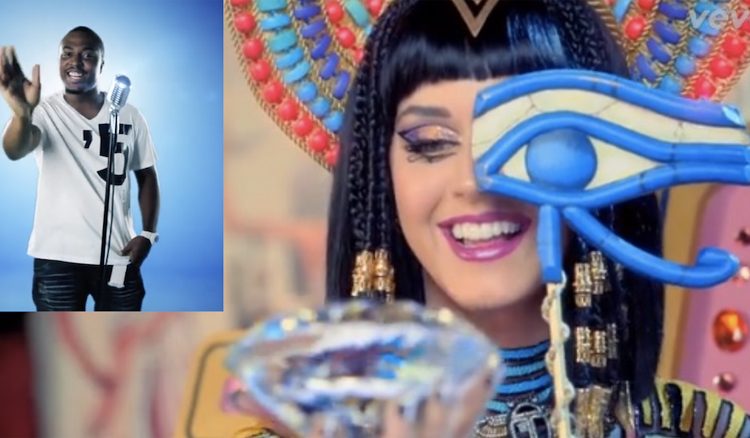 Pop icon Katy Perry and her team have reportedly been ordered to pay $2.78 million in damages to rapper Flame over claims that her hit single ‘Dark Horse’ was a rip off of one of his tracks.
Flame, real name Marcus Gray, along with two co-writers filed a law suit against the pop star five years ago claiming that her 2013 smash hit was a rip off of his song “Joyful Noise” featuring Lecrae which was released back in 2008.
Earlier this week a US court of nine jurors in California ruled that Katy Perry along with her producers and songwriters were guilty of copyright infringement.
Perry has been ordered to pay the Christian rapper $550,000 of her own earnings from the song meanwhile Perry’s record label, Capitol Records, will pay the remainder of the $2.78 m settlement.
Despite the large settlement it is just a fraction of what Flame had originally hoped for from the lawsuit.
The rapper’s lawyer claimed that he was owed around $20 million.
During the trial Katy Perry said while giving evidence that she had never Joyful Noise before recording the song with producers Dr Luke, Max Martin and Cirkut however Flame’s legal team argued that they could have heard the song on YouTube, MySpace or Spotify, where the song has been played millions of times.
The argument related to a musical part of Flame’s song which he claimed had been infringed by Perry, however Katy and the people who wrote the lyrics for the track were also found liable.
Upon its release Dark Horse went to number 1 in the United States and topped the charts for four weeks in a row.
Speaking outside court Perry’s lawyer Christine Lepera said “The writers of Dark Horse consider this a travesty of justice,”.
Perry’s legal team say they plan to appeal, if the case is not dismissed pending a defence motion.