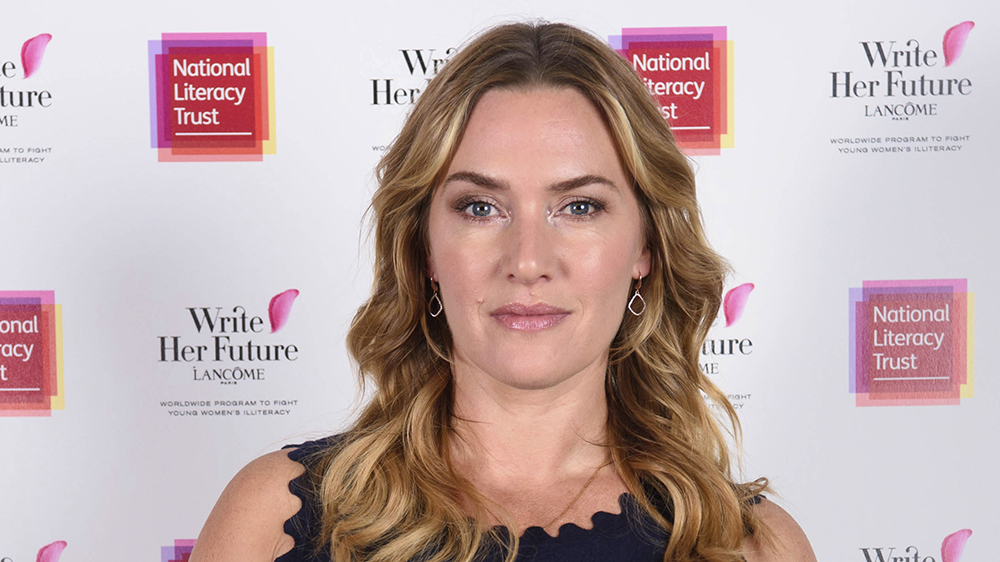 Words for Work: Women in Leadership. EMBARGOED TO 0001 FRIDAY SEPTEMBER 7 EDITORIAL USE ONLY Kate Winslet at the launch of Words for Work: Women in Leadership, a partnership between National Literacy Trust (NLT) and Lancome, which has been launched ahead of Saturday's International Literacy Day. Picture date: Thursday September 6, 2018. The programme aims to help disadvantaged women in the UK to develop their literacy skills and confidence in communication. Photo credit should read: Matt Crossick/PA Wire URN:38379013 (Press Association via AP Images)

Kate Winslet has admitted she ‘regrets’ working with shamed directors Woody Allen and Roman Polanski, and she didn’t know ‘what the f*** [she] was doing’.
The actress, 44, spoke candidly with Vanity Fair on Thursday about her prolific career and how she feels about working with the American director, 84, and Polish filmmaker, 87, despite sexual assault allegations made against them.
Speaking frankly about wanting to set a ‘decent example’ for women, she vented: ‘What the f*** was I doing working with Woody Allen and Roman Polanski?
‘It’s unbelievable to me now how those men were held in such high regard, so widely in the film industry and for as long as they were. It’s f***ing disgraceful. And I have to take responsibility for the fact that I worked with them both.
‘I can’t turn back the clock. I’m grappling with those regrets but what do we have if we aren’t able to just be f***ing truthful about all of it?’
Kate worked with Allen on his 2017 film Wonder Wheel, while she appeared opposite Christoph Waltz, Jodie Foster, and John C. Reilly in Polanski’s Carnage in 2011.
Polanski fled the United States in 1978 after being charged with the statutory rape of a 13 year-old girl, and has never returned.
Several other women have accused him in recent years of sexual misconduct, all of which he has denied.
Despite the allegations, Polanski won an Oscar in 2003 for directing World War Two drama The Pianist as well as a best director award at France’s Cesar Awards this past February that caused several women to walk out in protest.
Meanwhile in 1992, it emerged that Allen, then aged 57, was having an affair with his partner Mia Farrow’s adoptive daughter Soon-Yi Previn, then aged 21.
After the scandal broke, Farrow and Allen had an acrimonious and public break up, during which she accused the venerated director of sexually assaulting their adopted daughter, Dylan, seven.
Allen was investigated but never charged and he has vehemently maintained his innocence ever since.
The allegations were brought again into the public eye with the #MeToo movement as Allen’s son, the journalist Ronan Farrow, supported his sister Dylan’s and mother Mia’s abuse claims.
Kate is set to star in Francise Lee’s Ammonite as palaeontologist Mary Anning, and she went on to question the necessity of awards shows and press junkets as she felt it was a waste of money and bad for the environment.
Admitting she’s keen to cut down on her flying even if air travel restrictions are lifted amid the coronavirus crisis, Kate also pledged to recycle her red carpet looks.
She also claimed the ‘stress’ of awards season on those involved like actors and fashion designers was not worth it, as she claimed the money used for glitzy events could instead be used to build classrooms.