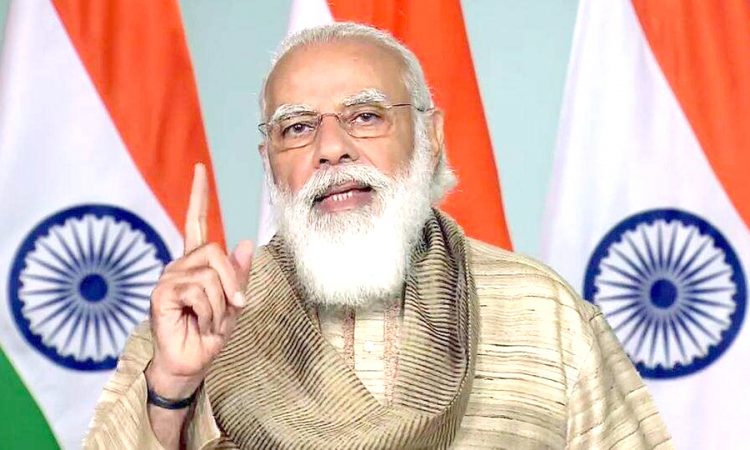 Varanasi, October 27: Prime Minister Narendra Modi was all praise for the initiative of Varanasi-based street vendor Arvind Maurya, a beneficiary of PM SVANidhi scheme, who told the PM that he offered a free momo (steamed dumpling with some form of filling) each to those who wore masks and followed social distancing to keep Covid-19 at bay.
Interacting with the PM, Arvind told him, “I sell momos and coffee and have my vending cart in Durga Kund area.”
On being asked if he faced any problems in getting loan under the scheme, Arvind said, “No. Officials of Varanasi Nagar Nigam and district urban development authority did a survey and had a form filled. Around after a week, I got a call from my bank branch that Rs 10,000 loan had been sanctioned. I went to the bank with a copy of my Aadhaar card and the certificate issued by the Nagar Nigam and the money was transferred into my account.”
When, in a lighter vein, PM Modi said that nobody offered him momos whenever he visited Varanasi, Arvind invited him to his vending cart. When the PM asked him if he was aware that he can make his loan interest free under the scheme, the beneficiary said, “Yes, I am aware that if I pay my instalment on time, I can make it interest free and get further assistance worth Rs 20,000 for a year.”
He also told the PM that through a company, he also ensured home delivery of momos.
When the prime minister enquired if he was getting benefits of any other government scheme, Arvind said he got free ration under Deen Dayal Upadhyaya Antyodaya Yojana.
He also appreciated Shramyogi scheme saying under it, contribution of Rs 150 per month will fetch him Rs 3,000 per month when he was 60. Expressing happiness that Arvind was getting benefits of many government schemes, the PM conveyed his ‘Pranam’ to the people of Kashi through him. (Courtesy: HT)