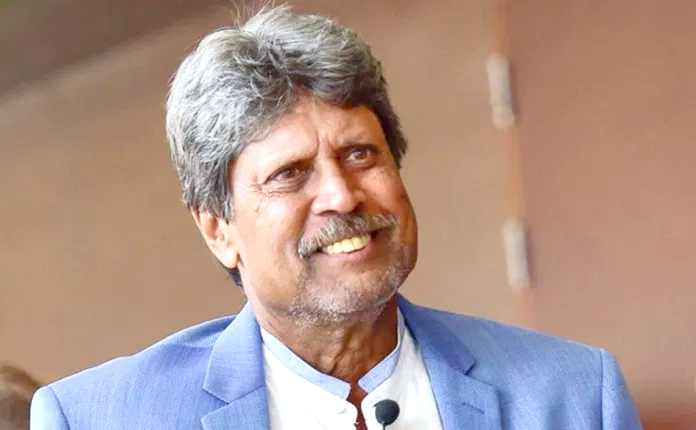 New Delhi, October 23: India’s first World Cup-winning cricket captain Kapil Dev suffered a heart attack and underwent an angioplasty here on Friday but is expected to be discharged in the next couple of days, said the hospital where he is currently admitted.
The 61-year-old complained of chest pain on Thursday following which he was taken to Fortis Escorts Heart Institute emergency department.
“Kapil Dev suffered a heart attack. He was evaluated and an emergency coronary angioplasty was performed in the middle of night,” the hospital said in an updated health bulletin after only mentioning chest pain in its initial statement.
“Currently, he is admitted in ICU and under close supervision of Dr Atul Mathur and his team. Kapil Dev is stable now and he is expected to get discharged in a couple of days.”
Angioplasty is a procedure to open blocked arteries and restore normal blood flow to the heart.
Indian Cricketers Association (ICA) President Ashok Malhotra, a friend of Kapil, earlier told PTI that the iconic cricketer is doing fine.
“He is feeling okay now. I just spoke to his wife (Romi). He was feeling uneasy yesterday. He is undergoing check-ups at a hospital as we speak,” Malhotra, also a former Test player, said.
The 1983 World Cup-winning legendary all-rounder was wished a speedy recovery by many on social media, including India’s current captain Virat Kohli and Sachin Tendulkar among others.
“Praying for your speedy recovery. Get well soon paaji,” Kohli said.
“Take care @therealkapildev! Praying for your quick recovery. Get well soon Paaji,” wished Tendulkar
Also wishing him good health were India batsman Shikhar Dhawan and badminton player Saina Nehwal.
Kapil’s former teammate Madan Lal said he has conveyed some of the concern of his well-wishers to the Chandigarh-born legend’s family.
“To those who have called to inquire your prayers and wishes are conveyed to the family and received with gratitude. Good health and strength kaps,” read a tweet from Kapil’s former teammate Madan Lal.
“Kapil was taken to the hospital in time as he complained of uneasiness. As per the doctors the procedure has been successful and he will be home soon,” he added.
One of India’s greatest cricketers, Kapil played 131 Tests and 225 ODIs.
“You are a fighter and we know you will win this fight too,” tweeted BCCI Secretary Jay Shah.
The imposing former player, who also tried his hand at golf after retiring from cricket, is the only player to claim over 400 wickets (434) and accumulate more than 5000 runs in Tests.
He also served as India’s national coach between 1999 and 2000.
Kapil was inducted into the International Cricket Council’s Hall of Fame in 2010.
“The big hearted #Kapildev our captain, with a never say die attitude, has recovered. For this mighty giant of Indian cricket nothing is impossible,” tweeted Kirti Azad, also a former teammate of Kapil.
“Kapil The invincible @therealkapildev is a great friend and super human being. Captain, Looking forward for a meal together soon,” he added. (PTI)