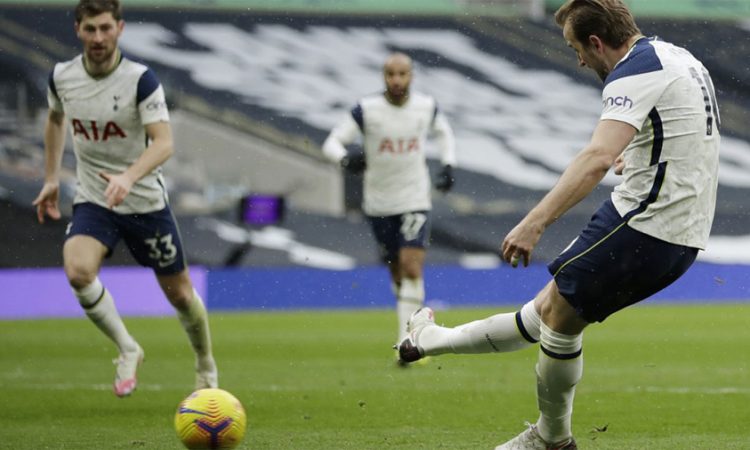 LONDON, February 7: Harry Kane returned from injury to ease the pressure on Jose Mourinho as the Tottenham striker inspired a 2-0 win against West Bromwich Albion on Sunday.

Mourinho’s side had lost their previous three Premier League games to put their top four hopes in peril.
Revitalised by Kane’s earlier than expected return from an ankle problem suffered against Liverpool, Tottenham got back to winning ways just when the under-fire Mourinho needed it most.
Kane had missed the last two games, but he made up for lost time by opening the scoring in the second half at the Tottenham Hotspur Stadium.
Kane’s 20th goal in all competitions this season took him to 208 goals in 317 Tottenham appearances — level in joint second place alongside Bobby Smith in the club’s all-time scoring list.
The England captain’s milestone goal was followed by a Son Heung-min strike moments later that killed off West Brom.
Amid criticism of Mourinho’s negative tactics and talk of rifts with several players, there is a long way to go before seventh-placed Tottenham are completely back on track.
Only three wins from the last 12 league games before this weekend — the same sequence that saw Mourinho’s predecessor Mauricio Pochettino sacked — had left the Portuguese coach in the spotlight.
But, in the midst of Mourinho’s winter of discontent, this was a small step in the right direction as snow flurries swirled around frozen north London.
“I’m not used to losing three matches in a row and Tottenham is the same, so we have to admit that it was not a week where we felt very comfortable,” Mourinho said. (AFP)