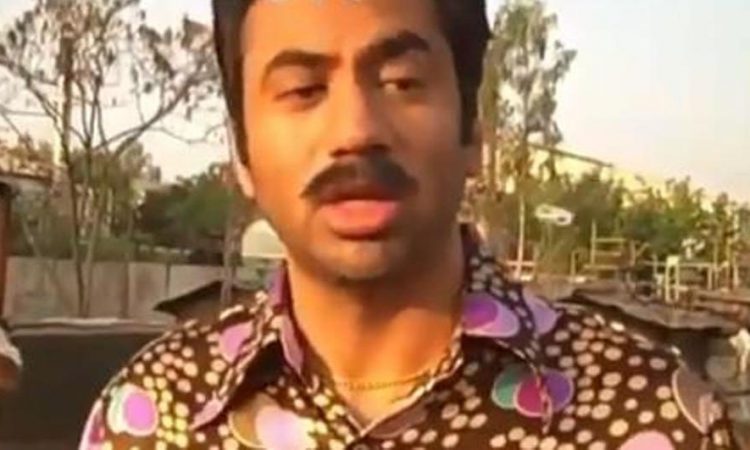 Actor Kal Penn has shared an interesting video in which he is in a Gujarati avatar and Twitter is loving his act. Fans have even suggested that he should be a part of popular sitcom Tarak Mehtra Ka Ooltah Chashma that shows the life of a Gujarati family. Even Kal said it has been his goal to feature in the famous TV show.
Kalpen Suresh Modi, popularly known as Kal Penn, posted the video and tweeted, “Meet Ladies Bhai: an old, ridiculous Gujarati sketch character with a great shirt.” Someone asks him his name in Gujarati in the video and he says, “Mharo naam Ladies Bhai che.” When asked why he has a weird name, he adds, “I love ladies.”
One fan tweeted, “Needs to be on Tarak Mehta ka ooltah chashmah,’ and the actor replied, “You joke but this has legit been a goal. Cc: @TMKOC_NTF.”
Best known for his stoner comedy series Harold and Kumar, Indian-origin actor Kal was also seen as Nikhil Gogol Ganguli in Mira Nair’s The Namesake. More recently, he featured in a film on Bhopal Gas tragedy titled Bhopal: A Prayer For Rain. Earlier, talking about his comfort in speaking Hindi, Kal had told Hindustan Times, “It is very different when one speaks from a script. I would love to do another film in Hindi so that I can breach this language barrier.”
He also talked about changing his name and said, “Lot of actors have screen names and when I was making my CV in college, I thought that I should have a name which is cool. For the next one hour, my friends came up with bizarre options. In fact, I very closely escaped being named Kal Pacino! Finally we decided on Kal Penn and whether it was the name or a new agent I had hired then, it seems to have worked for me.”