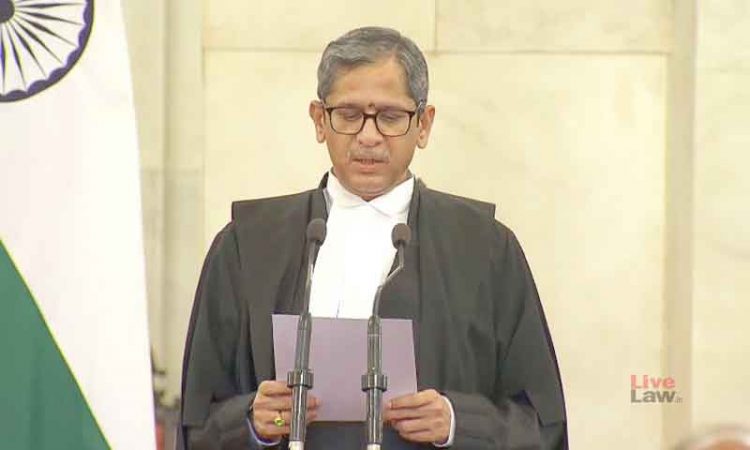 President Ram Nath Kovind administered the oath of office to Justice Ramana at the Rashtrapati Bhavan in the morning.
Justice Bobde had recommended Ramana as his successor in keeping with convention and norms of seniority.
The President had subsequently confirmed Justice Ramana’s appointment as the new CJI on April 6, 2021.
Born on August 27, 1957, in Ponnavaram village of Andhra Pradesh’s Krishna district, Justice Ramana was enrolled as an advocate on February 10, 1983.
He was appointed as a permanent judge of the Andhra Pradesh High Court on June 27, 2000, and functioned as acting Chief Justice of the Andhra Pradesh High Court from March 10, 2013 to May 20, 2013.
Justice Ramana was elevated as the Chief Justice of Delhi High Court on September 2, 2013 and was appointed as a Judge of the Supreme Court on February 17, 2014.
He will demit office on August 26, 2022. (Agencies)