I met Chollen Nook in December 2019 during the annual Hornbill Riders Meet. This is a Hornbill Festival event for Royal Enfield motorcycle riders hosted by Nagaland Motorcycle Club of which Chollen is a member. We added each other on social media, and as is the norm these days, ‘liked’ each other’s pictures and posts. I noticed he updated his social media pages with several pictures of life on a farm, filled with chickens, ducks and eggs and assumed he liked visiting farms.

Fast-forward to the end of March 2020, I came across his Facebook post where he was trying to raise money to help people in need at Tuensang during the lockdown. At that time, movement across the state was curtailed and Chollen was trying to help children in orphanages and daily wage earners with food and other essential commodities. It was only when I reached out to offer the support he needed, I got to know him better and learned that he is actually a farmer.

Needless to say, I was pleasantly surprised, because one doesn’t often hear of educated young people who farm for a living, and being the curious sort I had to know more about him and what I learned has inspired me and I am sharing his story in the hope that it will inspire our youths and the young at heart.

Chollen Nook was born on September 19, 1988, at Tuensang Village. He grew up in the midst of nature, farms and virgin forests and grew to love nature in all her magnificence. He dreamed of doing something to give back to his community and his village, so he decided that a government job would help him fulfill that dream. This was also his parents’ wish, as they wanted their children to become gazetted officers and have stable Government jobs.

He studied at St John School, Tuensang, then at Model Higher Secondary School, Kohima. After his schooling, he completed his B. Sc Forestry from Doon PG College of Agriculture Science and Technology in Dehradun. He wrote the Nagaland Public Service Commission exams and cleared the prelims but decided to go off-road and took up farming. His family and friends were aghast and considered his decision a fool’s errand, which created a fair bit of discord, dispute and tension in the family. He actually walked out of his home. However, on seeing his resolve, his father finally accepted his son’s decision and helped buy Chollen’s first batch of layer chickens and thus B N Farms started in August 2017. 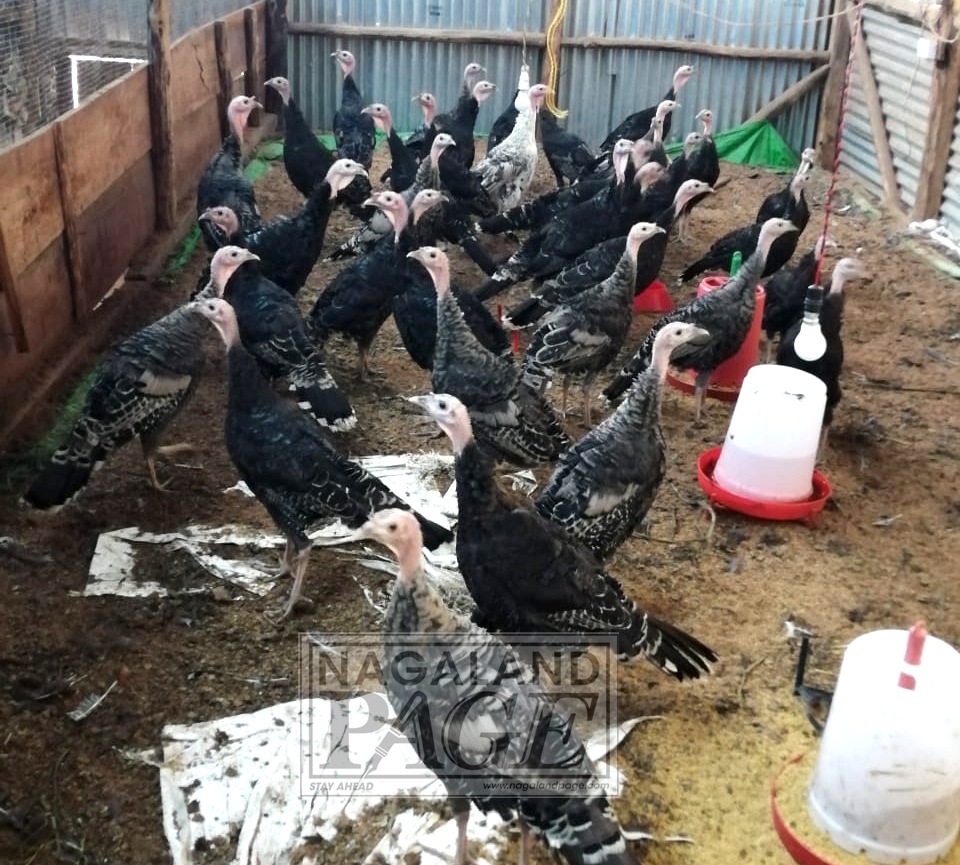 There were many challenges while setting up the farm. Chollen recounts the early days when he had financial difficulties to buy certain equipments and materials necessary to house his chickens. Most poultry farms use metal cages to house their livestock, which was beyond his budget, so he fashioned houses for his chickens with bamboo and timber, sourced locally, and CGI sheets. Another obstacle was the sale of his Farm eggs because retailers were uncertain whether the eggs would do well in the market. So he had an unsold stock of about thirty to forty cartons of eggs. Faced with the possibility of losing his produce, he printed pamphlets advertising his farm and its produce. He distributed the pamphlets to people after church and on the roadsides. He also took to social media to promote his Farm’s produce, which generated a huge demand from several districts. Caught slightly unprepared, he rushed to procure more layer chickens. However, due to his inexperience, he overcrowded the chickens that led to a few mortalities.

He also incurred huge losses due to frequent power cuts. At that time, he couldn’t afford generators. Young chicks need at least 37 degree Celsius warmth for about 2 weeks after they are hatched in order to survive. The chickens also need about 14-16 hours of constant light after they lay eggs. Given the cold climatic conditions of Tuensang, which also sees a fair share of power cuts, he was confronted with major struggles. He recounts days and nights when he and his farmhands had to stay with the chicks and chickens, using flashlights and burning amber or ‘chulha’ just to maintain the required light and warmth for the poultry.  In another incident, he lost about 6000 eggs, which were in an incubator due to a power surge and incurred further losses due to faulty repairing. Chollen says these setbacks and struggles come with the turf and there will always be challenges but the key is to accept, learn and adapt.

With experience, Chollen’s confidence grew. He expanded his poultry to include different strains of chickens, ducks, turkey and Japanese quail. Within a span of two and a half years, B N Farms’ expansion included piggery, dairy, fisheries and vegetables such as mustard, broccoli, cabbage, French beans, lettuce and spinach, all grown organically and sold at the town market. 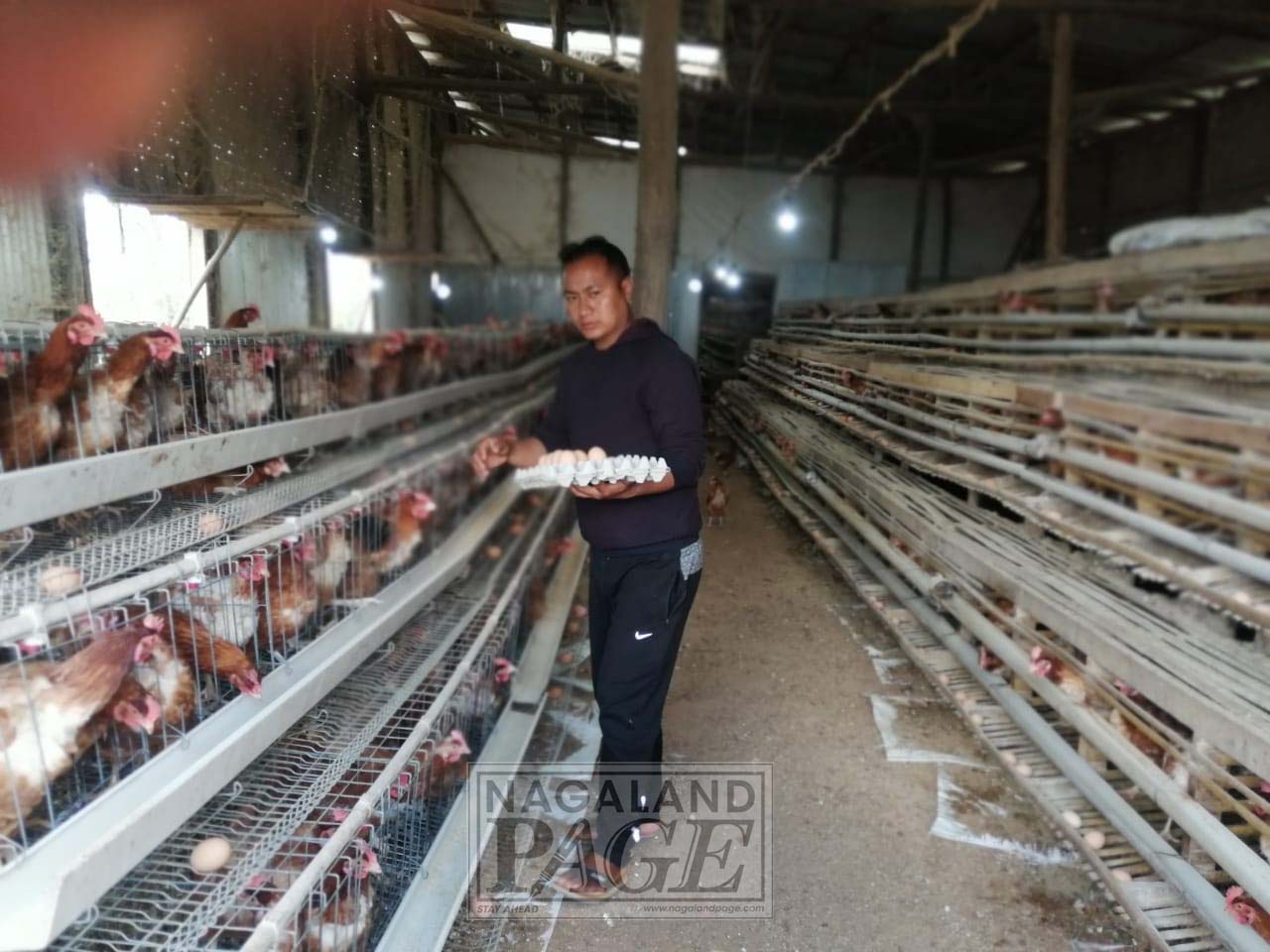 Today, B N Farms is a household name in Tuensang town and a prized asset of the district. In fact, the Farm’s produce is often gifted to dignitaries in and beyond Tuensang. Chollen never imagined that what had started with a handful of layer chickens would turn into Nagaland’s first integrated farm. Though the progress of the farm sounds like an easy ride, the journey to reach where it has today demanded gruelling labour, persistence, perseverance, consistency, tenacity, an abundance of energy and the willingness to learn and adapt. The journey also demanded constantly overcoming challenges posed by Mother Nature and the district’s infrastructural inadequacies. The Farm has caught the eye of various Government Departments in Nagaland as a model farm and many have visited the Farm for ‘exposure trips’ to learn its methods.

Though he is the proprietor of B N Farms, he credits his seven full-time farmhands for its success. He says that though they are high school dropouts, he has ensured that they are educated in farming, dealing with the animals and also received skill-oriented trainings. Apart from paying their salaries, he has allotted small plots of land to each of his farmhands to cultivate crops, which they sell in the market. He hopes these plots would directly help them reap the benefits of their labour to be independent. He also started a little informal study group for underprivileged children in his town to help them with their studies, to discover new interests and focus on skill and communication-based development. 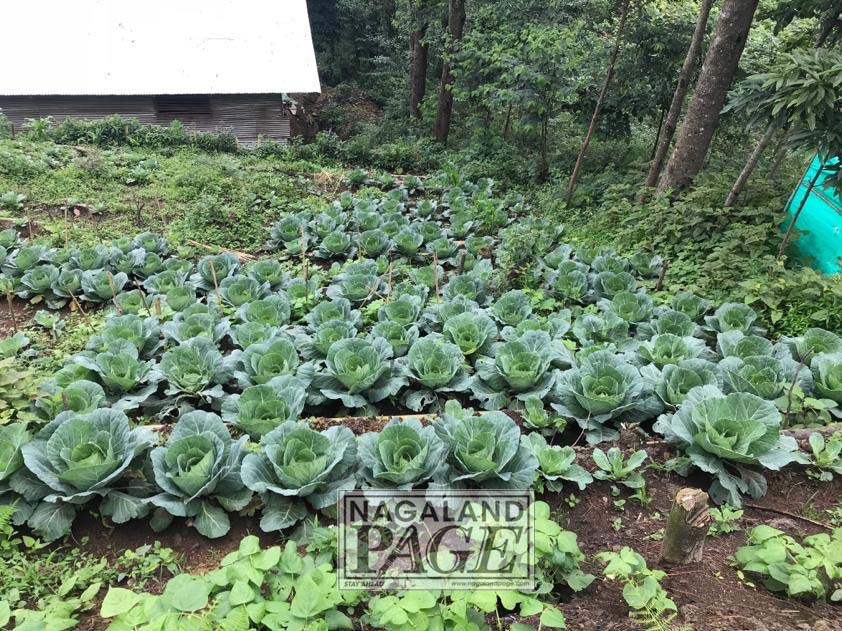 Due to the lockdown, we had to resort to telephonic interviews and thanks to the frequent network failures most words were warbled. The interviews were also time-consuming due to frequent call drops. However, one of the clearest conversations we had was while he was in his Farm checking on a cow in heat. That was a conversation I wished the call had dropped but it was crystal clear and I learned all the gory details on how to tell whether a cow is in heat but what was also clear in that conversation was his passion for his work.

He told me cheerily that farming is a dirty job for which one’s hands must get dirtied and there are no two ways about it. He says that he chose to farm because it brought him closer to nature and helped him be truly independent. He feels that our state depends so much on neighbouring states to provide meat, eggs, milk and other basic goods that all the money goes outside the state and that with consistency, hard work and education we can be self-reliant. Chollen further believes that there are many educated unemployed in our state who can take up farming, animal husbandry or any other agricultural activity because farming needs educated farmers, who keep abreast of the latest technologies and the dynamic advances in agricultural and animal husbandry methods. He offers his assistance to anyone who wishes to start any kind of farm. He feels that more farms producing more goods would help the state and community become self-reliant. 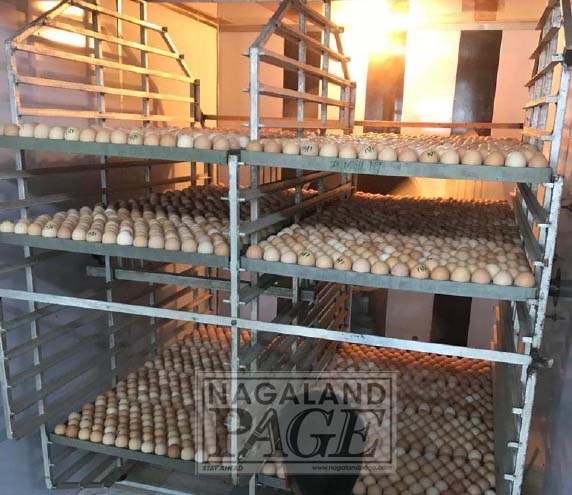 This is especially pertinent now since the novel Coronavirus pandemic and subsequent lockdown have caused food shortage in the state.

Even though Chollen decided not to pursue a government job and had to face numerous challenges he has no regrets. Of all the things that we spoke about, the farm, the different kinds of chickens and all the technicalities, most of which went over my head, Chollen, or ‘Chollen Aanda’, as he is fondly known, said three words that not only speaks volumes but continue to echo in my mind incessantly. He said “I am happy” ~ just three words, which I fear not many of us can say with true conviction.

Jimmy Dean said: “I can’t change the direction of the wind, but I can adjust my sails to always reach my destination”. I think Chollen Nook embodies this quote.

Girls and women of this era should be following their dreams

A Passing Coup D’oeil At The Naga Political Movement

And those who never took bath baptized