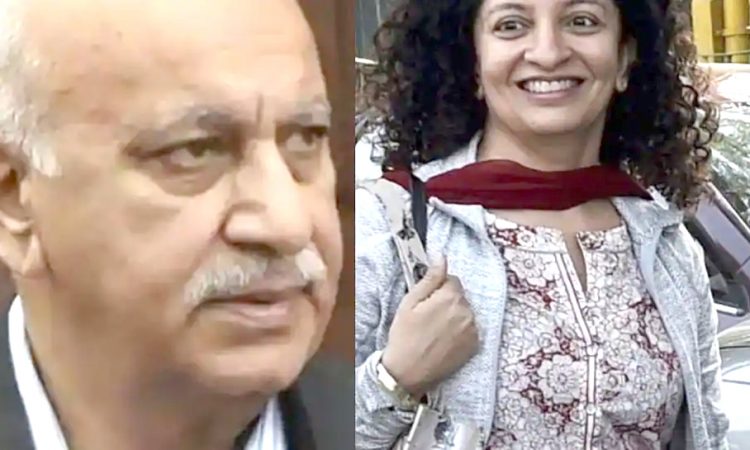 NEW DELHI, February 17: A Delhi court on Wednesday acquitted journalist Priya Ramani in connection with the criminal defamation case filed against her by former Union Minister MJ Akbar. While passing the order, Additional Chief Metropolitan Magistrate Ravindra Kumar Pandey said that no complaint of defamation is proved against Ramani.

The court said that the ‘right of reputation’ can not be protected at the cost of the right to dignity. It added, “the woman has the right to put up her grievance even after decades”. The court also referred to the Ramayana and the Mahabharata while pronouncing its judgement.
The court while pronouncing the order said, “Women cannot be punished for raising voice against the sexual abuse in the pretext of complaint of defamation. The woman has the right to put her grievance at any platform of her choice and even after decades.”
The court also observed that even a man of social status can be a sexual harasser. It also said that sexual abuse takes away dignity and self-confidence. In his defamation suit, MJ Akbar had claimed that Priya Ramani caused damage to his “stellar reputation” by accusing him of sexual harassment in an article written in 2017 and a tweet posted in 2018.
Ramani had countered Akbar by saying that she said what actually happened. “Truth is my defence,” Priya Ramani said. Ramani said that she felt vindicated on behalf of all the women who have ever spoken out against sexual harassment at workplace.
Reacting to the judgment by Additional Chief Metropolitan Magistrate Ravindra Kumar Pandey, who dismissed the complaint filed by Akbar saying that no charges were proved against her, Ramani said that it feels great to have your truth validated before the court. (Agencies)