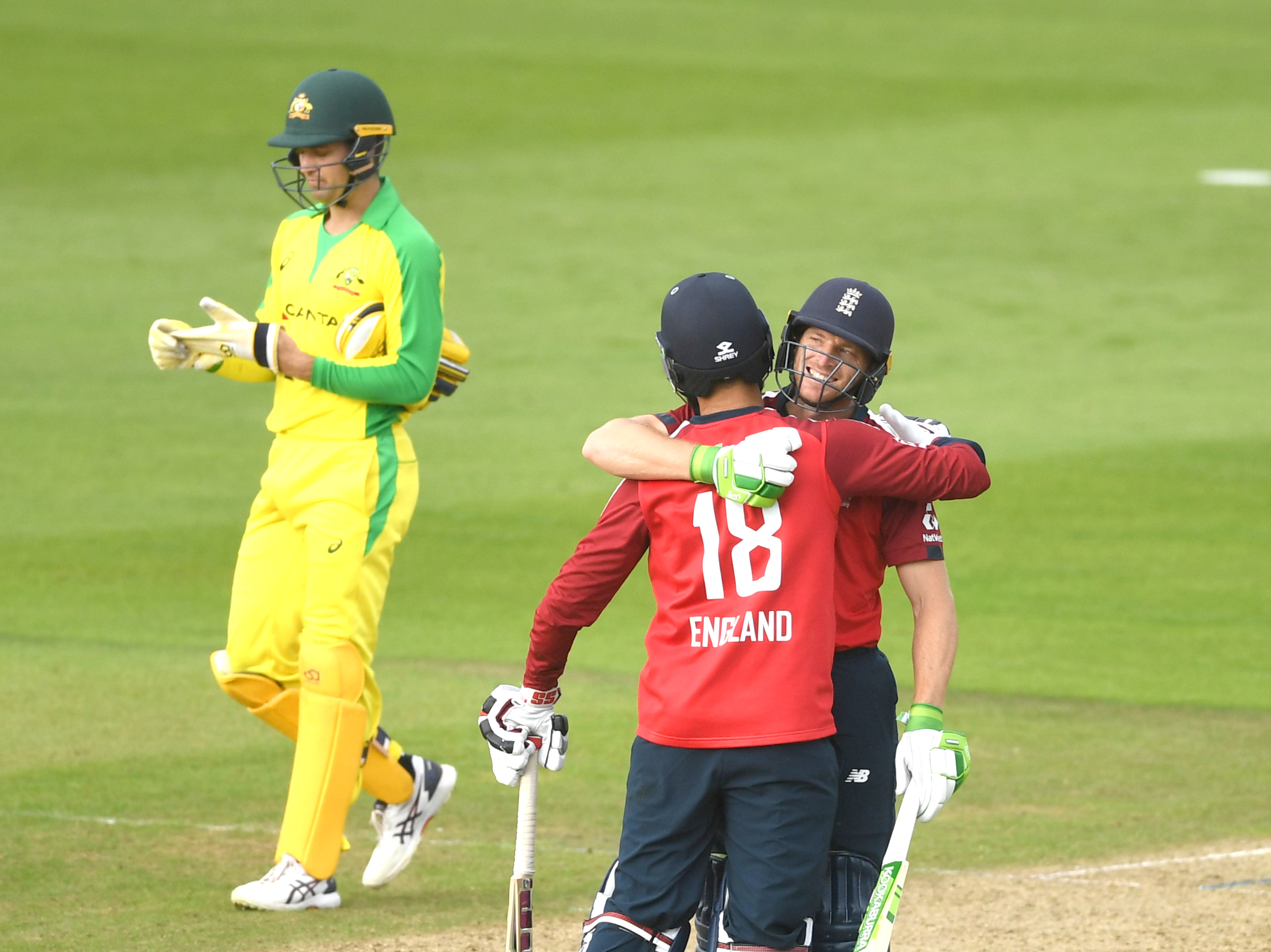 Southampton, September 7: England on Sunday (September 6, 2020) defeated Australia by 6 wickets in the second T20I at the Ageas Bowl in Southampton to clinch the three-match series.
Man of the Match Jos Buttler remained unbeaten at 77 off 54 balls as England chased Australia’s 157 in the penultimate over of the match and won their second T20I series since cricket resumed after COVID-19 halt.
During the match, Aussies’ decision to bat first didn’t go as per plan and they lost David Warner and Alex Carry in the opening two overs in exchange for just 3 runs.
Skipper Aaron Finch along with Marcus Stoinis then looked to steady the ship and engaged in a solid partnership. Just when the duo seemed to have helped Australia recovered from their opening stutter, both of them were dismissed in successive overs as the visitors found the going tough against the fiery pace of Jofra Archer, Chris Jordan and Mark Wood.
Glenn Maxwell and Ashton Agar then tried to go for the big-hits and managed to take the run-rate up and a strong finish from Pat Cummins ensured that Australia reached a competitive total.
Aussies who were aiming to level the series after witnessing a batting collapse that handed the English side a narrow two-run victory in the first T20I posted 157-7 in their 20-over quota.
In reply, England also couldn’t get off to a rapid start and lost Jonny Bairstow in the third over. Bairstow was dismissed hit wicket off Mitchell Starc, which was a pretty peculiar way to go.
Dawid Malan who was last match’s top-scorer and Buttler stitched a brilliant 87-run stand which completely turned the match in England’s favor.
After Malan was dismissed for 42, England lost two quick wickets in the form of skipper Eoin Morgan and 21-year old Tom Banton, but Moeen Ali hit 13 runs off 6 deliveries and finished the game alongside Buttler. (Agencies)
Brief scores:
Australia: 157-7 (20.0) Finch 40 (33), Stoinis 35 (26), Jordan 2-40, Wood 1-25
England: 158-4 (18.5) Buttler 77*(54), Malan 42(32), Agar 2-27, Starc 1-25