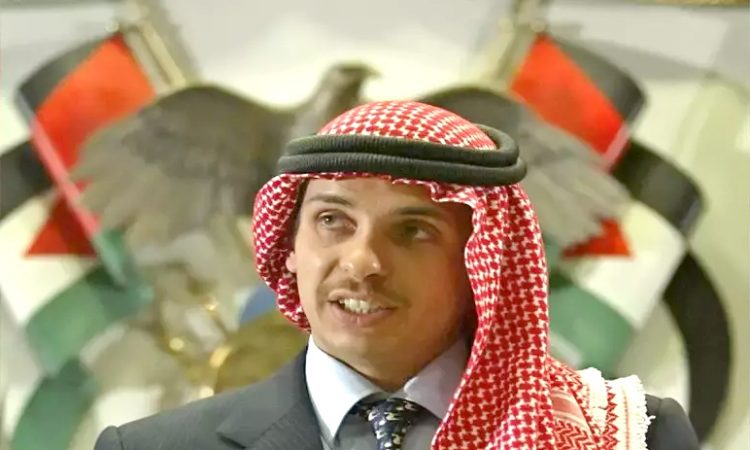 AMMAN, April 6: Jordan banned all news outlets and social media users on Tuesday from publishing any content related to King Abdullah’s half-brother Prince Hamza after the latter was accused of plotting to destabilise the country.

Prince Hamza pledged allegiance to King Abdullah late on Monday after mediation by the royal family, two days after the military warned him over actions it said were undermining “security and stability” in Jordan and placed him under house arrest.
In unprecedented public criticism, Hamza, who was crown prince until King Abdullah removed him from the post in 2004, accused Jordan’s leaders of corruption and serving only their own interests.
The government says he liaised with people linked to foreign parties in a plot to destabilise Jordan and that he had been under investigation for some time.
“To safeguard the secrecy of the investigations being undertaken by the security services in relation to His Highness Prince Hamza bin Hussain and others, Amman’s public prosecutor has decided to ban the publication of everything related to the investigations at this stage,” the state news agency reported.
It said the ban applied to all news outlets as well as social media platforms.
Prince Hamza said in a voice recording released by Jordan’s opposition on Monday that he would not comply after being barred from any activity and told to keep quiet.
While not considered a direct threat to the king, Hamza in recent weeks visited tribal gatherings where the king and his government have been criticised more openly.
Saudi Arabia was among the countries to issue statements of support to King Abdullah, and on Monday Foreign Minister Faisal bin Farhan travelled to Amman to meet his Jordanian counterpart Ayman Safadi, the Jordanian foreign ministry said.
“King Salman reaffirmed the kingdom’s support to all measures to protect Jordan and its interests,” Saudi state TV reported.
King Abdullah had expressed “appreciation for the kingdom’s continuous support to Jordan,” it said. (Courtesy: Reuters)