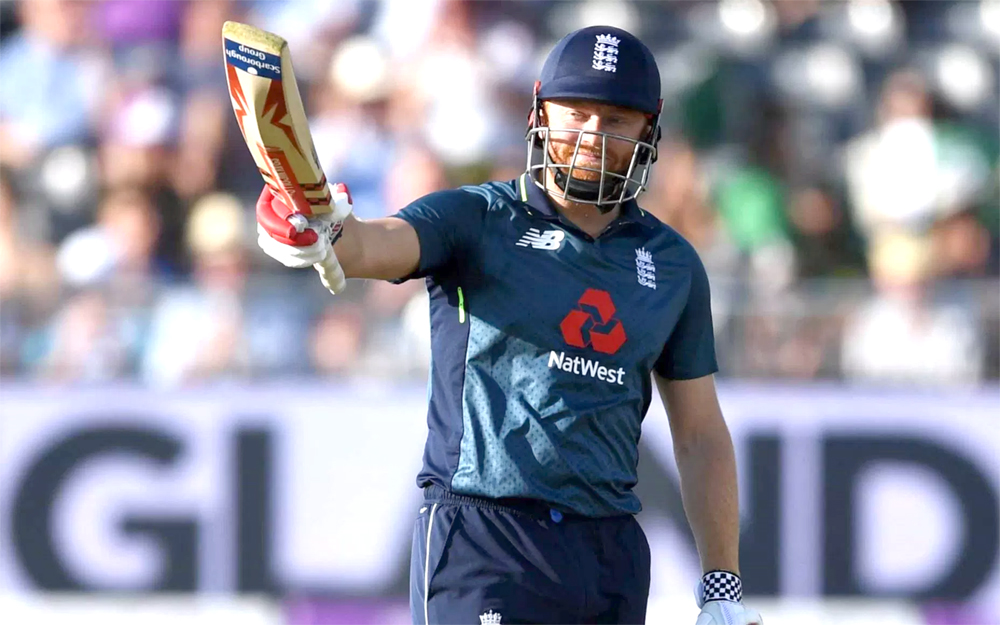 BRISTOL, May 15: Jonny Bairstow’s commanding hundred was the centrepiece of England’s dominant six-wicket win over Pakistan in the third one-day international at Bristol on Tuesday as the World Cup hosts showed they could chase, as well as set, a target.
England generally prefer batting first but captain Eoin Morgan decided to give them experience of chasing just weeks away from the World Cup by opting to field first after winning the toss.
Bairstow’s 128 in a score of 359 for four — England’s second highest winning total batting second in an ODI — vindicated Morgan’s decision and left his side 2-0 up with two to play in a five-match series.
Test captain Joe Root made 43 as Pakistan became increasingly ragged in the field, England winning with 31 balls — or more than five overs — to spare.
Earlier, Imam-ul-Haq’s excellent career-best 151 saw Pakistan to 358 for nine.
That left England with a seemingly challenging target, particularly as they had rested Jos Buttler following his match-winning 110 not out in the second ODI at Southampton on Saturday. (AFP)

Kohli unquestionably the best at the moment: Ian Chappell