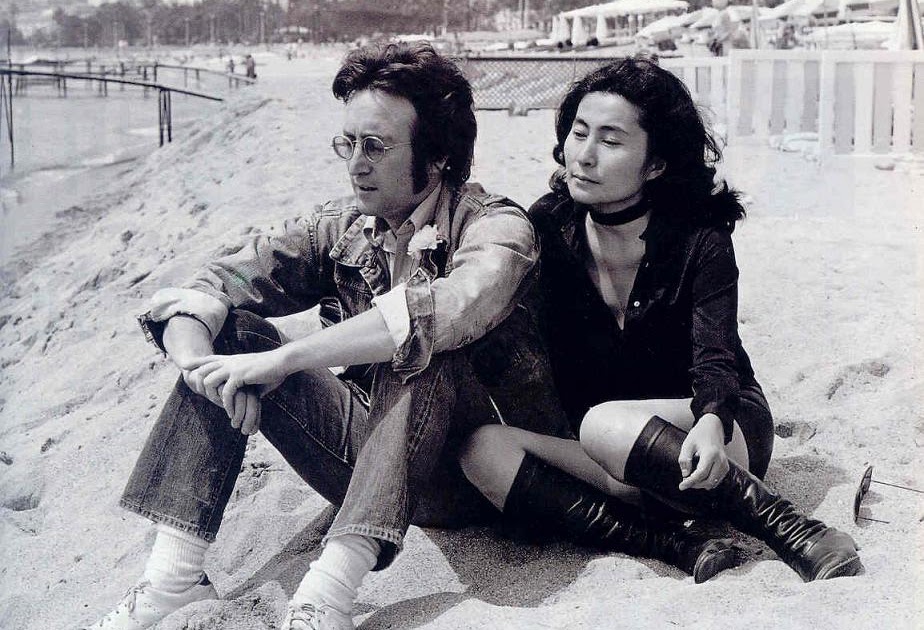 John Lennon’s killer has apologised to the singer’s widow, Yoko Ono, saying he thinks about the ‘despicable act’ all the time.
Mark David Chapman, 65, was denied parole for an 11th time following a hearing last month. He has been locked up since murdering the beloved former Beatle in Manhattan in December 1980.
He shot Lennon four times outside the Dakota apartment building in the Upper West Side, as Ono looked on.
A transcript of the parole hearing has revealed that the board rejected Chapman’s release on the grounds it ‘would be incompatible with the welfare of society’.
During the hearing, Chapman said he killed Lennon, 40, for ‘glory’ and admitted he deserves the death penalty.
‘I just want to reiterate that I’m sorry for my crime,’ he said. ‘I have no excuse. This was for self-glory. I think it’s the worst crime that there could be to do something to someone that’s innocent.’
Chapman added: ‘He (Lennon) was extremely famous. I didn’t kill him because of his character or the kind of man he was. He was a family man. He was an icon. He was someone that spoke of things that now we can speak of and it’s great.’
The hearing was held on August 19 at Wende Correctional Facility in New York, where Chapman has been locked up for eight years.
The killer apologised to Lennon’s family, revealing he thinks about the murder ‘all the time’.
He said: ‘I assassinated him, to use your word earlier, because he was very, very, very famous and that’s the only reason and I was very, very, very, very much seeking self-glory, very selfish.
‘I want to add that and emphasise that greatly. It was an extremely selfish act. I’m sorry for the pain that I caused to her (Ono). I think about it all of the time.’
Chapman, who was 25 when he murdered Lennon, said now he is older, he can see it was a ‘despicable act’ and ‘pretty creepy’.
Chapman is married and his wife, 69, lives near the prison. In his meeting with the parole board, he described being deeply religious and a ‘devoted Christian’.
He has not had an infraction behind bars since 1994, the board was told. Chapman is a clerk and a porter in a restricted block of the prison, where he was placed for his own safety, and wakes each day at 6.30am.
He discussed his fascination with the book The Catcher In The Rye at the time of the murder and said he identified with the main character’s ‘isolation, loneliness’.
Asked if justice had been served, Chapman said ‘I deserve zero, nothing,’ adding he should have been given the death penalty following the killing.
He said: ‘When you knowingly plot someone’s murder and know it’s wrong and you do it for yourself, that’s a death penalty right there in my opinion.
‘Some people disagree with me, but everybody gets a second chance now.’
He added: ‘The view on the death penalty for me is a little up and down at times but for me I deserve that. I know I’m speaking for myself. I know what I did. I know who was in those shoes at that time.
‘I know my thoughts. They were not thinking of him at all, his wife, his child, the fans, nobody. I was just thinking of me. That deserves a death penalty.
‘He was a human being and I knew I was going to kill him. That alone says you deserve nothing and if the law and you choose to leave me in here for the rest of my life, I have no complaint whatsoever.’
In its decision, the New York State Department of Corrections and Community Supervision board said it found Chapman’s statement that ‘infamy brings you glory’ disturbing.
It commended his ‘personal growth and productive use of time’ but said his ‘selfish actions stole the chance for future fans to experience the words of inspiration that this artist provide for millions of people. Your violent act caused devastation to not only family and former band members, but the world’.
Chapman is next eligible for parole in two years.