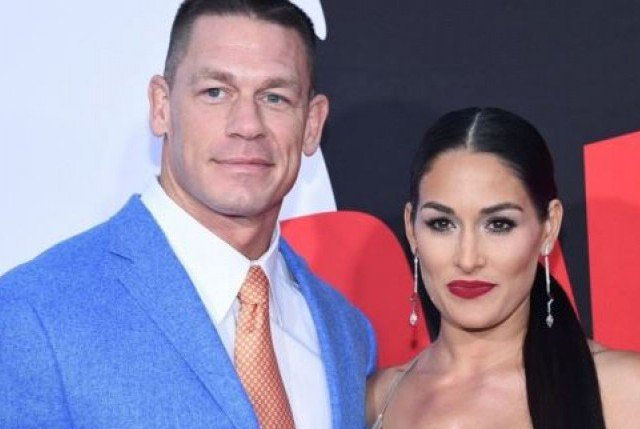 WWE star couple John Cena and Nikki Bella have called it quits after being together for six long years. John, who has also acted in films like The Marine and Legendary, had proposed to Nikki during last year’s WrestleMania and their engagement during the tournament was its highlight. Their split was confirmed over a statement on social media on April 15. This comes less than three weeks before their wedding in Mexico, leaving fans across the world saddened.
“After much contemplation and six years of being together, Nikki Bella and John Cena announced today their decision to separate as a couple,” the statement, posted on Nikki and Brie Bella’s Twitter account, read. “While this decision was a difficult one, we continue to have a great deal of respect for one another. We ask that you respect our privacy during this time in our lives,” it added.
A source close to Nikki told E! News that John, “never really wanted to get married in the first place.” Even the decision of having children was an issue, the source added. “One of the bigger disagreements they had through their relationship was that Nikki wanted to start a family and John didn’t,” said the source. “They were not on the same page in that respect.”
John and Nikki had been in the wrestling business for years and had known each other as friends. However, it was when John asked Nikki out on a dinner date, things took off between the two. However, coming out of a three-year-old marriage to his high school sweetheart Elizabeth Huberdeau, John was always sceptical about taking the relationship forward. But over the six years of their relationship, things seemed to have changed as the two began gearing up for their wedding this year until news of the split came out days ago.
While Nikki (of the sport’s standout Bella Twins) is a two-time WWE Divas Champion, John is a 13-time WWE Champion. Apart from wrestling, John also took to acting in the early 2000s and was seen in his first film The Marine in 2006. Apart from dozens of movies and making appearances in television, John is also a rapper and performed his fifth WWE theme song titled “Basic Thuganomics”, which got featured on the WWE soundtrack album WWE Originals.